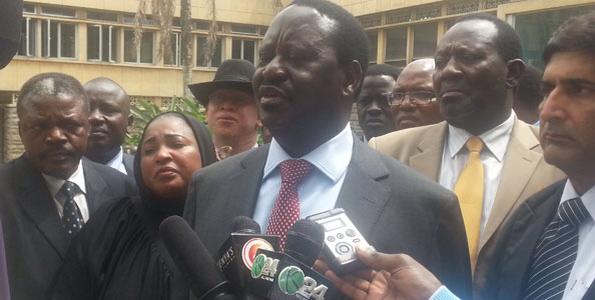 Fiery university student leader Dikembe Disembe has accused CORD leader Raila Odinga for ‘delaying’ the revolution at a time the country is facing great challenges caused by what he termed as ‘political incompetence’ of the government of President Uhuru Kenyatta and Deputy William Ruto.

By accusing Odinga and not the serving president, he seems to embody the deep divides caused by the last general elections, with a big majority still hoping that Odinga will dissent anytime soon, and set the tempo for ‘meaningful protests which can bring change’.

Recently, the outspoken student leader wondered whether the technocrats appointed by President Kenyatta have added any meaningful change to the management of government.

“How do you explain the numerous instances where the president has been forced to personally step in? Like happened in the recent insecurity cases reported in northern Kenya?” posed Dikembe.

Dikembe’s rants seem to have been provoked by events in Cairo where a democratically elected president who won with 50.07 percent was deposed just by a two day protests.

Meanwhile, Raila Odinga is said to have told the speaker of parliament to respect the freedom of the press. The speaker recently ejected journalists from parliament’s media centre, causing widespread rebuke from the Kenyan populace. The move by Raila is hoped to be a start of his active engagement with emerging issues affecting Kenyans