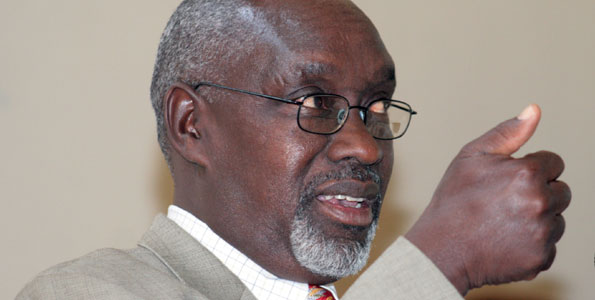 Prime Minister Raila Odinga restructured his campaign team three weeks into the general election; in a press release on Friday, Mr Odinga and his running mate Kalonzo Musyoka announced that the a new special committee headed by Hon. Franklin Bett and Hon Gedion Ndambuki will take over functions previously performed by CORD executive Board co-chaired by Hon. David Musila and Hon Dalmas Otieno.

The move to set up a special committee to coordinate various campaigns teams seem to be informed by ground dynamics and the need to remain focused, organized and sensitive to the needs of ground troops. Raila’s secretariat is one of the most sophisticated ever in Africa, the secretariat is powered with internal poll experts and the intelligence briefs necessary for review of both operational and tactical strategies.

Hon Bett and Ndambuki are experienced hands with more than 20 years of active strategic, tactical and operational political experience. They have both served in the cabinet. The committee will steer various campaign teams in the CORD coalition.

â€œAs with the Executive Board, the Special Committee will formulate and propose policies to the CORD Presidential Summit and oversee the operations of the various political units belonging to CORD and its member parties. It will also harmonize and streamline, in the final run-up to election day, the initiatives of the various CORD campaign entities working to promote the Presidential ticket and other Coalition candidatesâ€ , part of a statement from the CORD principals reads.

â€œRaila Odingaâ€™s campaign team is a massive entity, the Bett /Ndambuki committee will help streamline programmes and with their experience and the respect they command among the various teams they will help the campaign with fast execution of tasksâ€ said Dr. Harrison Ndege a political strategist based in Nairobi.

“I think the changes were also deliberate to avoid the tragedy in the Jubilee Alliance where top Ruto strategists are not in talking terms with those of Uhuru”Â  Dr Ndege added.