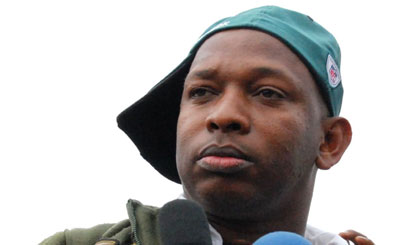 There was a saying during the last concluded elections, and a story, that among Raila Odinga advisors, the most youthful were William Ole Ntimama, Fred Gumo, Franklin Bett, Henry Kosgey, Johnstone Muthama, Anyangâ€™ Nyongâ€™o and James Orengo. A disillusioned friend of mine tired of seeing these old faces whenever â€˜youth issuesâ€™ were being discussed used to quip so. As to whether he was correct is a matter of personal conjecture.

When, at some point during the campaigns the CORD team organized a â€˜youth dinnerâ€™ at the exclusive carnivore restaurant which was to be graced by the three principals of Odinga, Musyoka and Wetangula, entry fee was a staggering ksh.6000. The person at the centre of this political hoax was a youth by the name David Osiany, former student leader at the University of Nairobi who had been appointed as the â€˜Director for Youth Affairsâ€™ for the CORD team.

It was events such as these which sidelined real youths who saw in Odinga a comrade and a revolutionary. But to the fake youths who already had access to CORD money, fame and inner sanctums of power, nothing was more gratifying than posturing and show-offs. In the end, Odinga lost both the youth vote and the presidential elections.

I was just entering the university when Osiany won SONU chairmanship and while many students know him as a wonderful orator, in high octane presidential politics where Aristotelian rhetoric alone does not deliver the seat, Osiany and other youths in the CORD campaign lineup failed Raila Odinga in humbling proportions. But I digress.

Contrary to the fatal miscalculations in the CORD team, the Jubilee Alliance had not only brought the hopeless youth who lacked Kshs 6000 on board; they also gave a few youths the requisite visibility to act as baits for the rest. I remember attending a TNA youth concert at KICC dedicated to university and colleges students and for a fleeting second was highly charmed.

In the homestretch to the last polls, the Jubilee Alliance proved beyond reasonable doubt that they were the masters of youth politics in Kenya. To add insult to a political injury, they christened their campaign as a digital vs. analogue duel. The rest today is history.

After yesterdayâ€™s reading of the cabinet, another group of young bureaucratic hanger-ons, led by thugs like Emmanuel Denis now claim youths have been shortchanged. Which youths? Could they be the youths who sat at the Youth Fund Board and were being chauffeured in town with blue number-plated parastatal fuel guzzlers? Could they be the â€˜advisorsâ€™ and â€˜directorsâ€™ on the many government initiatives which became cash cow in the last regime?

When the President took over the reins of power, he had a clear mandate to re-organize the government as he so pleased. From my pedestal, he cannot afford to pamper the heavily fed â€˜youthsâ€™ in the former regime again. In my opinion, the â€˜youthsâ€™ in that regime ought to have died with that regime. â€˜What is?â€™

As they did during campaigns, President Kenyatta and Deputy must again reify the youth which essentially as an abstraction. To treat a group as heterogeneous as the youth of this country as a definable homogeneous unit is to miss the point. The two must respond to the needs of these youths in their diverse niches.
The youth joining the university has needs different from another just two years outside college with tarmacking experience of eighteen months. These two again have needs different to the young entrepreneur with a start-up business idea which needs incubation, and funding.

From the events which surrounded Kazi kwa Vijana initiative, where those in charge of the â€˜youth fundâ€™ messed up, and left a thoroughly wounded PM Odinga in whose office the whole programme was being rolled out, this government begins work from a retrospective pedestal on how youth affairs can be a poisoned chalice.

The management of youth affairs in this country is part of the reason Raila Odinga is jobless, politically speaking! In the final analysis, President Kenyatta only needs to worry about the business environment. If he manages to grow â€˜ourâ€™ economy, the jobs created will in turn absorb the youths. It is economy, stupid!

As for gathering outside Harambee House led by former sycophants of the fallen regime to picket about non-existent youth exclusion, I dare say to â€˜youthsâ€™ like Denis and his irk: Accept and Move on!