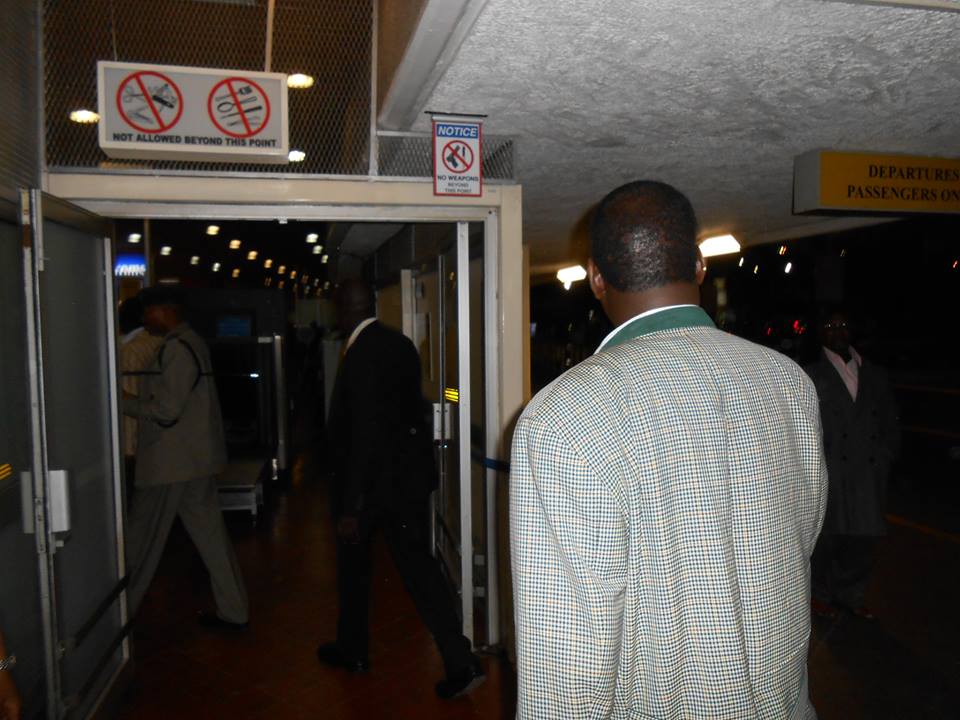 Kenyans received the shocking news that Authorities had barred former Prime Minister and CORD leader Raila Odinga from using the VIP Lounge at the Jomo Kenyatta International Airport with both anger and disbelief.

It seems that there are some individuals in this government who have mental problems or else they are tempting fate. Crude intimidation or any other form of intimidation directed at Raila Odinga is a direct abuse to over half of the Kenyan population who support him and still hold him as their undisputed leader. This position will not change just merely because he is not in power

The mere fact that he did not make it to State House in the March 4 general elections does not remove the fact that he is the only politician outside State Power with the largest political following across the Country. In fact some people in the officialdom need to be informed that upto date many of us in Raila’s corner are yet to accept the election results that denied him entry to state house. Despite the Supreme Court ruling upholding the announcement of Uhuru Kenyatta as President and regular reminders by the IEBC to us to accept and move on, many are still solidly beholden to Raila’s visionary leadership.

The government should be reminded that the bitter fallout during the last general elections and the subsequent wounds are still very fresh. They should tread with all precaution when handling matters to do with top politicians who did not make it to State House. more so CORD leaders , lest they ignite unmanageable fury of the masses.

The mistreatment of Hon. Raila is a declaration of war against Millions of Kenyans dotted all over the country who strongly believe he is their hero and was just rigged out of the March 4 race by the system. Now, you can not frustrate a people’s democratic right, steal their victory and start mocking them and abusing their leaders in the open and arrogantly. It is both primitive and unacceptable.

Let nobody, however drunk with power, mistake the silence of Hon. Raila’s supporters for cowardice or acceptance of the current political state of affairs. They are playing with real fire which if forced to explode they will be unable to extinguish.

Their action which we have learnt was also metted to Mrs Idah Odinga earlier on is surprising coming from officials like Francis Kimemia who not long ago were known to give illegal VIP protection and treatment to none deserving cases like a prominent Othaya businesswoman and PNU activist and her daughter, the Artur brothers and such other shady characters.

By virtue of being the head of the official opposition in Kenya, Hon. Raila Odinga is automatically a VIP, even higher than cabinet ministers. Actually he remains the president in waiting 24/7.

If anything, for clarity, those behind the mistreatment of the former PM should not only be reprimanded but investigated and prosecuted. Their actions are threatening not only national peace but undermines national integration and cohession at a very delicate time. Dr. Mzalendo Kibunjia and his Commision and DPP Keriako Tobiko should step in and bring Mr. Kimemia and his men to account. This is extreme provocation.