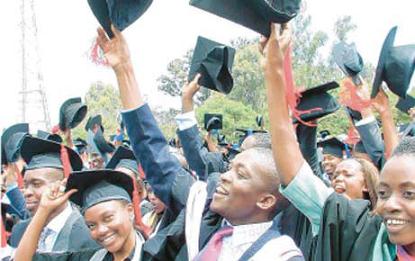 What exactly did Professor Nasibi want to pass across?

What exactly did Professor Nasibi want to pass across?

An opinion piece by Professor Indiatsi Nasibi of United states International University published on Sunday Nation (May 19, 2013) under the title â€˜management of universities a mockery of devolutionâ€™ cannot go unchallenged.

When a professor of economics and management decided to elucidate on an important question of policy failure in higher education in Kenya, at least by implication of the title, I naturally got curious. However, by the third paragraph, I was already yawning.

Summarily, Prof Nasibiâ€™s piece could as well have been written by a second year undergraduate student of education at Moi University.

In his first paragraph the good professor wirites and i quote “Peter Drucker, who is referred to as the father of management, once said, â€œif you canâ€™t measure it, you canâ€™t manage itâ€. “

It is in the second paragraph where Prof Nasibi sends me to a yawning spree, he writes and I quote ” Our universities have definitely proved unmanageable for reasons best analysed and articulated by Jacqueline Mugo, the Executive Director of the Federation of Kenya Employers.

Third paragraph he writes ” As an employer of university-trained people, the federation points out that our academic institutions have devolved with campuses on every street and corridor, whose focus is not accumulation of intellectual capacity, but a search for money and profitability”

When you begin a discussion by quoting Peter Drucker, and fondly admit him as the very origin of management, you raise the hopes of thirsty undergraduates like me. When, sadly, these hopes get dashed in a mirage of shallow arguments and irrelevancies, you bring your repute to literary ridicule.

First, Professor Nasibi is a diaspora intellectual who, somewhere in this poorly researched and written article says his alma mater, University of Redlands in California, has since 1909, maintained a single campus. Just before he gets to his Alma meter, he informs us that he began teaching at University of Maryland, College Park. As to whether these two pieces of information helps to build his case for â€˜devolution mockedâ€™ is difficult to comprehend.

Recently, Federation of Kenya Employers lashed out at universities accusing the institutions of producing â€˜half-bakedâ€™ graduates. This is the authority the professor gave credence to in his third paragraph. The problem with using unsubstantiated, unempirical and highly debatable comments by Jacqueline Mugo is that you assume she is the final authority in knowing the â€˜qualityâ€™ of graduates.

Even if she was, as she purports to be, certain pertinent questions emerge. First, â€˜whoâ€™ are these graduates? What disciplines is she talking about? In what levels? Post-graduates? Masters? Undergraduates?

While Professor Nasibi seems to have a problem with giving statistics, he shouldnâ€™t have qualms giving at least a few examples. Which universities are baking graduates? Kenyatta? Moi? JKUAT? University of Nairobi? Or is he lamenting on private universities, USIU? Daystar? Strathmore? Mt. Kenya? Which universities, as he claims, have become â€˜oblivious to the laws of diminishing returnsâ€™?

Let us get back to FKE. What employment policy do they use to get graduates in their offices? Favoritism or meritocracy? Hard work or corporate connections? When you accuse universities of half-baked graduates yet you chose to pick â€˜quarter-bakesâ€™ with connections instead of full-bakes with clean CVs and true ideas, what do you expect?

Professor Nasibi does not juxtapose these areas. Instead, he proceeds with quoting figures from all spheres of knowledge familiar to him. How else does he entangle Max Weberâ€™s ideas on protestant ethics and the spirit of capitalism in one paragraph with John Mbitiâ€™s African Religions and Philosophy in the preceding? When at last he pitches for revitalization by invoking Edward W Deming and his Total Quality Management framework, you turn the other page to read something else!

The whole article is filled with comparisons and allusions which beat logic. He puts Henry Ford and Njenga Karume in the same group, arguing that not everyone needs education to contribute to nation building. Even a Professor of Nasibiâ€™s standing also buys in that charcoal to goal hullabaloo about Njenga Karume? I thought â€˜professorshipâ€™ impacts on one the ability to ask â€˜why notâ€™ when the rest are asking â€˜whyâ€™? How can a professor quote Henry Ford and Njenga Karume in the same sentence? A professor of Management and Economics?

On technology and education, here is what the professor offers:
â€œIn the global village which technology and innovation has bequeathed us, anthropocentric African ontology, which is typified by one tribe raiding and killing members of another tribe, has no place in the 21st century.â€ How is this related to the affront of devolution on higher education? It failed to register in my inquisitions.

While arguments against massification of education, what the professor calls devolution, have been advanced time and again, nowhere in his article does he advance even a tinge. Rather, he fumes aimlessly, with no central idea to anchor on. I wonder what other professors, like XN Iraki, or Ruth Otunga, would make of his piece.

It is easy to get why Nabisiâ€™s shoddy arguments got a mainstream medium to pass through. He is a Diaspora educated Kenyan. He belongs to a new group of pseudo-intellectuals and government functionaries who come from abroad with all manner of know-how clothed in superior attitude that â€˜they know more than we doâ€™. By â€˜weâ€™, I mean the â€˜homegrownâ€™ graduates whoâ€™ve seen our classes diluted with higher intake vis-Ã -vis diminishing equipments and low funding.

Education, however, goes beyond just the tangibles people like Mugo are able to measure and comment on. While our universities, especially the public ones, may be full to the brim, in there are some very hardworking students whose hopes get dashed with a system a system created to thrive on double-standards.
On one hand are bright poor students who graduate only to become job-seekers. On the other are, well, the rest, who know no other path upwards apart from â€˜the parallelâ€™, I mean they of the â€˜module twoâ€™!