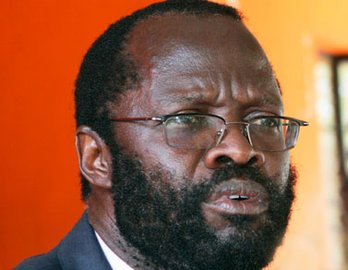 People, we must tell Prof Nyong’o that the County Development Boards they created in senate is UNCONSTITUTIONAL. We are bashing Ababu Namwamba over ‘party affairs’ but seem to have forgotten that people like Nyong’o are also political opportunists to whom the letter and spirit of the constitution ends when their interests sets in.

We must reject County Development Boards as much as we reject county commissioners. The constitution is not just threatened when it is Jubilee/Mumbilee doing it, actions by CORD elected leaders can also threaten it.

One of the 10 points that the Isaac Rutto led referendum push has proposed is to give senators real powers so that they stop hovering around governors like pit latrine flies.

Senators should strengthen national institutions and make laws which give life to devolution, not power and relevance to themselves. Senators who feel they are doing too little should wait till 2017 and vie either as governors or as MPs.

One would have expected people like Nyong’o would be the first to oppose the creation of a board that duplicates the work of the governor and county assemblies.

We can’t set systems only to fail them due to political hypocrisy and chicanery.

Nyanza rejects County Development Boards. I wait to see how Hon. Kajwang’ will chair his in Homa Bay, or Dr. Machage in Migori.

The constitution, in the final analysis, remain a property of the people, not senators, not parties, and not the national #mumbilee government.