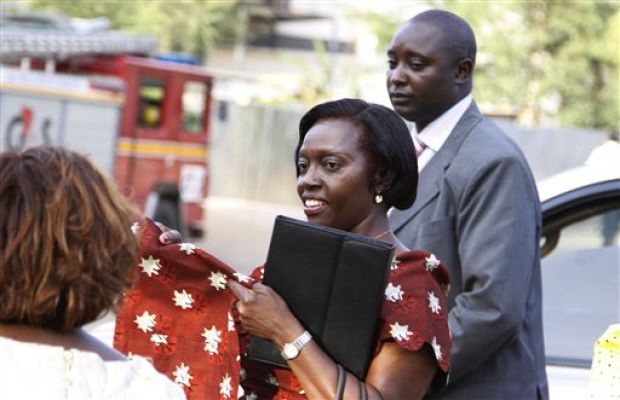 Peter Kenneth, Paul Muite, and Martha Karua who were previously thought of as a progressive, suddenly became Uhuru apologists. They suddenly reared their tribal head. And viewers saw it.

Rumor had it they met before the debate, but I doubt it.

The formation of the 4 UK, PM, MK, and PK it seems was united in bringing one man down- Raila Odinga.

Even though they may be well meaning, they are all part of the players in the Uhuru succession. They are smart; they know that Uhuruâ€™s political career will begin to nosedive, after the elections, whatever the outcome. So they donâ€™t want to antagonize the Mount Kenya base.

Uhuruâ€™s is probably going to jail unless Raila becomes President and he marshals his local and international troops to bring the cases back home. So as observed in the debate Muite, Karua, and Peter Kenneth are positioning themselves. They are praying, salivating and hoping that Uhuru goes to jail. Karua as Justice Minister actually actively assembled the evidence that nailed Uhuru with a keen eye of shoving aside her competition in Mt Kenya.

The Uhuru succession in Mt Kenya is shaping up, given his legal predicaments, itâ€™s a matter of when not if, when Uhuru gets succeeded. Throw in Kimunya and it will be a messy succession.

Karua, Muite and Kenneth are convinced that once Uhuru is convicted his wealth will be frozen by the ICC therefore unable to launch a meaningful campaign even if set free after just three years. This development will give them an opportunity in 2018 to control the tribal numbers; this is why they had to support Uhuru in the debate, just to send that crucial signal to the Kikuyu nation.

The three pretended to be Uhuruâ€™s friends in the debate, but in actual fact, Karua, Kenneth, Muite are sadistic vultures waiting to harvest from his travails at The Hague. Actually Karuaâ€™s game plan was that Uhuru is out of 2013 election, but as usual the Kenyan courts keep postponing it.

The three are said to have celebrated at the fall of Mugumo tree with each of them parading old wazee to give interpretation of what a waits the community.

That formation of the three Mt. Kenya musketeers is about succession. No other region has attracted such a huge number of candidates. Itâ€™s because, they all want to succeed Uhuru, because he is going, as confirmed by the fall of the Mugumo tree.

The joke on social media that Martha Karua, Peter Kenneth and Paul Muite may vote for Uhuru qualified for hate speech, however with the show the three put up at the first presidential debate it may not surprise anybody if the joke becomes a reality.

By 2018 candidate Duda would have a bigger war chest and may deal with Martha and Peter Kenneth because, who knows, Raila might make him a Minister for being on the side of the people in the debate though he was for some moment on loan at UhuruÂ´s side.