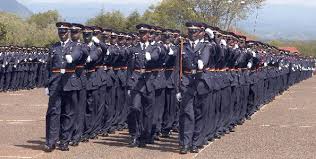 The latest request by the Head of the Police Commission Mr. Kimaiyo that his commission be given a staggering one hundred and fifty billion Kenyan Shillings is laughable and an insult to millions of Kenyans out there.
Not only are the Law Enforcers on record for having topped chats of corruption indices, but is also the most unreliable government entity.
Our cities and towns are apparently the most insecure yet the government has hundreds of thousands of Police Officers in its payroll. Still, the Al Shabab menace is haunting our neighbourhoods and worse; the force is yet to contain the muscles and massive chest thumbing of the Mombasa Republican Council members.
Even after being shown the way by the Judiciary (clearly one of the most reformed government institution), the Police Commission are not showing tangible signs of dancing to such tunes anytime soon. We still hear of corrupt gestures during their annual recruitment exercises, on our roads, in our business premises and so on and so forth.
Before they get anything meaningful, the Head of the Police Commission should thus spearhead total reforms and liberate the tarnished image of the Law Enforcers. It is unfortunate that they are a complement to our judicial services yet they are still questionable. Let them â€˜change their waysâ€™ first before being lavished with the tax payerâ€™s cash!
Moreover, a reformed judiciary and a non-reformed Police Commission cannot marry at any time. Either the duet conforms to dance to the tunes of the either one of them or risk succumbing to the dirt and filth of â€˜silent injusticeâ€™ orchestrated and perpetrated by their very own!
Â© 2013 Cheruo Levi Cheptora
Author: The Greatest Thieves of Kenya
Saboti, Trans Nzoia County