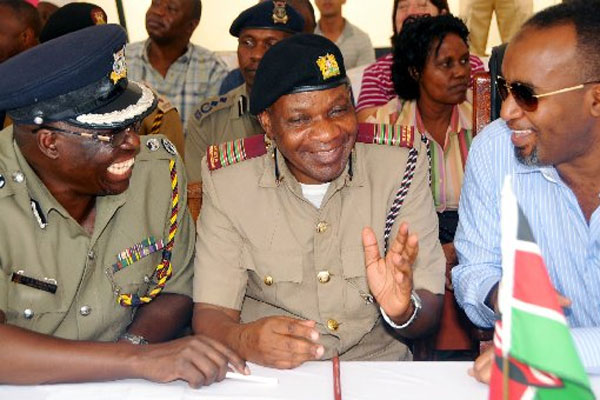 Marwa is Irrelevant: Here is what Kenya has to Do to Deal With the Mushrooming Terror Attacks and Insecurity In the Coastal Region
By Albert Nyakundi Amenya, Banana Pedlar â€“ the County of Kisii

More than 50 years of Kenyaâ€™s history are now fully and finally shredding. The political structures established by our founding fathers in the 1960s are gradually crumbling. The moral influences and religious ways that once widely pervaded the Kenyan societies now reside mainly in a handful of individuals. Insecurity in Coast Province exacerbates by the day.

Goons are forcing tens of thousands of people out of their homes, turning the Coastal strip into a no go zone. The Mau Mau tempest that succeeded the colonial constructs is basically sapped by terror and diplomatic failures, and by regional upheavals that have overwhelmed and bewildered even the wisest policymakers.

Mombasa County Commissioner Nelson Marwaâ€™s tactics on insecurity have hit a snag. He has become a blame game juggernaut and a champion in goal post shifting. He has tactically and technically assumed the seat of Mombasa County Governor. Nevertheless, Marwa should be forewarned on one thing, that there can only a paratrooper, a paracetamol, a paramilitary, a parachute, a paramedic and a parallelogram but there can never be a PARAGOVERNOR.

Marwa has become an award winning enemy of free speech. He is gradually proving to the world that the merchants of provincial administration went into the belly of devolution through a system called strategic terror attack. Instead of fighting terrorism and insecurity, they have resolved to fight for their stomach infrastructures. When he speaks, he clearly confirms that his masters are awake and seriously on duty.

The powers bestowed upon him are undoubtedly in default of the constitutional jurisprudence. In Africa today, power has become a mass destruction weapon of fighting development and not underdevelopment. It has become a juncture where a monkey is given a gun and the gun becomes the right weapon in the wrong hands.

Kenya is being dismembered by fatheaded gluttonous fanatics who are mentally enslaving women and binding menâ€™s minds to a nightmarish code of conduct, by the deeply embedded, corruption, maladministration and inefficiency of leaders. Evidently, as long as we have the current security set up, there is no brilliant policy that can soon reverse the countrywide horrific terror and economic tides.

Most importantly, if economical caution is not observed with the painstakingness it deserves, there will be no country will be able to singlehandedly tide Kenyans over the potential abject poverty they may be headed into. Unarguably, there is no way to a bright future that that still hides in turmoil. The current period of bitter struggle among the classless Kenyans is likely to persist for decades to come, well beyond the capacity of Kenyan military, economic and diplomatic power to influence.

The beginning of wisdom for Kenyan scholars is to realize that the country is tumbling through an economic earthquake, and that no mere policy can stop it can stop it, let alone shaping it. At this flimsy stage, Nairobi can only prepare for the aftermath. The natural Kenyan impulse is to hunt for solutions, for fruitful policies that can prevail against the current upheavals.

However, for decades to come, Nairobi will have to lower its sights from mere solutions to more defensive and limited measures, in effect toward simply halting the terror menace. Even then, Kenyans should expect further terroristic triumphs. The land that was once a paramount island of stability will take its wrong position in history.