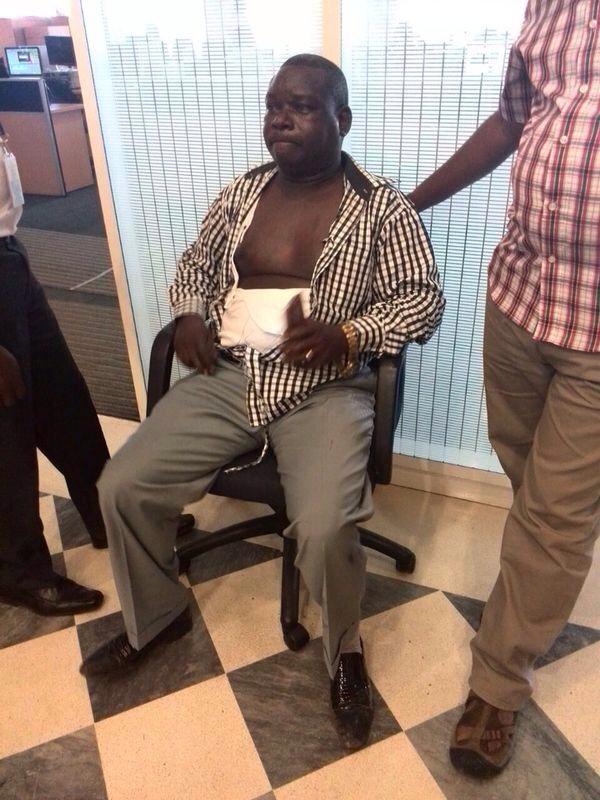 WHY PAUL KOBIA IS LUCKY, VERY LUCKY TO BE ALIVE.

As any law enforcement officer will tell you, there’s a minimum radius by which an individual who has been caught on tape openly threatening the life of a VIP to approach that VIP.

The situation escalates to non-negotiable if the aggressor is armed and wants to forcefully enter the same premises where his stated target is seated.

Kobia had it coming. Without any reason and without any provocation, he threatened the life of Raila Odinga. Then out of nowhere, he presents himself in the vicinity where Raila is enjoying an innocent lunch.

It would have been foolishly callous for Raila’s security to allow Kobia anywhere near Raila given that xray revealed he was carrying a loaded automatic ceska pistol and his aggressive behavior suggest he was intoxicated. This alone is dangerous enough for any bodyguard to draw their own weapon and fire if need be.

Eye witnesses say Konka knelt down and said the video clip in which he is quoted as asking Raila to table US$ 50m was done under extreme duress. He claims he was high on pot and some other things. He apologised profusely to Raila (who was not even aware his security thwarted an attempted assassination ). Kobia is quoted then as telling the CORD nation, while on his knees, to forgive him as this was the work of the devil.

The lucky Kobia did not report to police. Instead, he first ran to media. Meaning he wanted to sell propaganda over this incident.