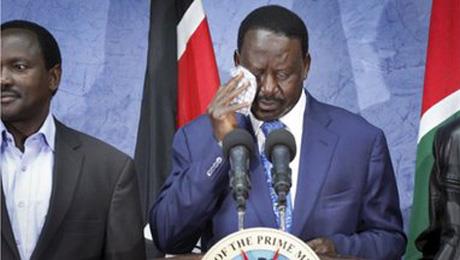 By Eliud Owalo via Facebook
I have seen a lot of posts pertaining to management of the affairs of our last Presidential Campaign. Whereas it is not my intention to comment on the intrinsics of the same,it is prudent that I set certain records straight once and for all to put certain issues to rest.

At no point in time during our last Presidential Campaigns did I ever manage financial resources. All campaign finances
were managed and administered by Mr. Caroli Omondi on one hand and Ms. Sarah Elderkin on the other.

This includes but is not limited to the Ksh. 93 Million that the CORD Presidential candidate released directly to Mr. Caroli Omondi two weeks to the elections for purposes of paying the Agents.

The issue of Agents was also hived off from the mainstream campaign machinery and directly administered under the command of Mr. Omondi. He is the one who to date knows who the agents were,who was paid what and the reasons for which some/any agents may not have been paid.to date,I am not in the know as to who the agents were.

I set up an elaborate tallying Centre at Chablis Drive,Lavington,but Mr. Omondi chose to set up a parallel tallying Centre on Wood Avenue,Kilimani. Data trafic from the polling stations was therefore directed to wood avenue as opposed to Chalbi Drive because all administrative and financial aspects of the Agents were handled by Caroli from Wood Abenue.

These are not secrets.All those who were in our campaign machinery are aware of these facts.

It is my considered opinion that I delivered on my mandate,but unfortunately the vote protection machinery was never under my jurisdiction.

I rest my case there and will not comment on these issues again.