Finally in what appears to be the truth on who gave the controversial orders that culminated the humiliation of CORD leader and former Prime Minister Raila Odinga at the airport is now public thanks to social media.

A letter (a circular issued) allegedly written by Francis Kimemia and copied to Deputy President H.E William Ruto and Inspector General of police David Kimaiyo details the orders. The letter is dated on 9th May and was acted upon (operationalised via an order to the airport manager) by former Police spokesman Eric Kiraithe who now works at Kenya Airports Authority.

The Million dollar question is WHY WAS Ruto copied in the circular yet the matter is NOT in his portfolio? is it an indication that orders may have originated from him?? 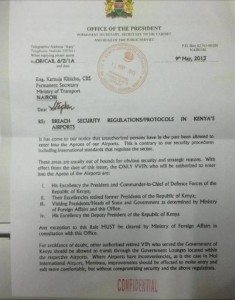 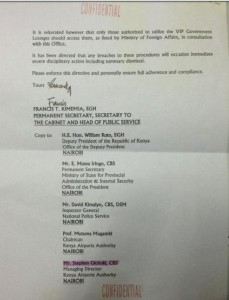 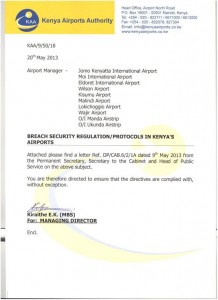