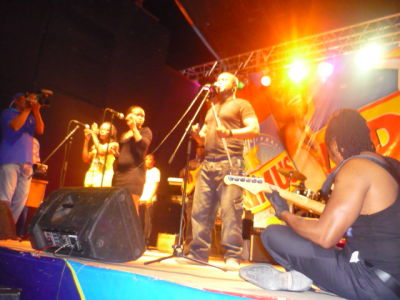 Therefore what I am doing here is simply what statisticians call sampling. So it is precisely this sample and any other that look like it that i think is dying. Now back to the word “dying” I loosely use this word for both its literal but also its metaphorical meanings.

This summer in Kansas City I attended an event that the singer Kidum was supposed to perform as advertised. However he never showed up until 1 am the next day or shall we say night?

Whatever the case, on a Saturday night, two young Kenyans were in front of me in a queue, I should mention here that I would have never noticed them were it not for their usual Kenyan manner less behavior of “cutting the line” but I saw them because I was right behind them.

We got in and barely one hour later, on my way to my car through the back door, was one of the aforementioned gentlemen unconscious on the ground. For those who might be familiar with alcohol- myself included- will testify that it would take hours to get high on booz, and literally days to get unconscious so it was obvious that this man had used some kind of drugs, some form of social death.

On the economic front, the problem is even bigger, diasporians (again not all) but on the most part have a habit of spending especially when we visit the so called mother land, that has been documented elsewhere if you missed it please keep looking, expensive thirty year mortgages, cars bought on loans, to say nothing about clothes and lavish lifestyles that characterizes most if not all the Diasporians. This I suggest is the sole cause of the economic deprivation so evident in the Diaspora- a form of economic death.
On the political death arena, things get a little mystified, there’s an overriding sense of indifference, this I contend is borne of the assumption that we feel that we are already safe, in terms of employment, income, etc and thus whether Raila or Uhuru or Mudavadi won, it really does not seem to matter.

Well with only one problem, I suggest that if there’s a problem somewhere then we best ask because chicken do come home to roost, if it is happening to the most vulnerable, then soon or later it will catch up with us because we have to Western Union more money to our families in Kenya if there is poor governance back home.

Whether it is tribalism and Kikuyu tribal preference (more on that to come), or male supremacy and subordination of women, whether it’s high level of unemployment, poverty, lack of housing and poor sanitation among others, we as Diasporians feel like the immune blanket has been thrown over us and that we are safe.

For the moment we might be but there might come a time we wished we loved and embrace those who are vulnerable. I still feel that we as diasporians still have a real chance but we must get busy and do so quickly before the unavoidable physical death.