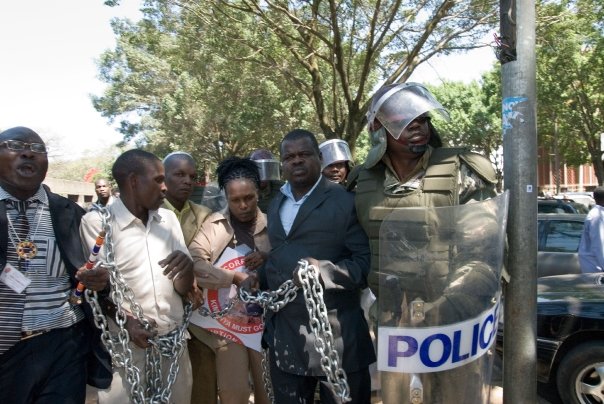 The odds of Kenyaâ€™s nationhood and the countryâ€™s political crescent occasioned by the birth of the new constitution have almost sealed the coffin. My premonition is that there shall be a resurrection, at least, because as a Scandinavian play-write once scribbled, the coffin is too big for the hole, and hopefully, the CSOs will not be buried. It is whispered that in the Scandinavia and the USA, there is never anxiety about civil society mantra, bravura and change-driven media-thirst bravado.
No, am not biting my thumb at the civil society, for I belong to it. But the â€œdead activismâ€ is attributed to the hard fact that it has surely turned into a career entity. Such are the excesses of passionate folly, mostly occasioned by ownership. True. Just like political parties, nearly each civil society organization has its owners, and the owners determine what goes on the shelves.

No doubt that the CSOs have immensely contributed to the great constitutional, policy and legal instrumentation in Kenya, which has to terrific lengths denied the Grand Coalitions regime of self-serving expediency and manipulation.

Recollections are made of the activism of the 80s and 90s which was patriotic and unquestionably passionate about the resolve to have political and legal change.
Of course the circumstances vary with those of the present yearnings. It is also true that the old civil society had unity of purpose, and never feared to walk in the jungle, and they sacrificed so much to get us here. They braved beatings from wooden truncheons of the police, sung in jail cells, endured torture, suffered the anguish of seclusion and had their families tormented by state operatives. Yet they returned to the streets, wrote articles and books, and they badly wanted change. Their offices were the streets, and as some of us were budding, we saw ourselves embracing their resilience, and joining them to press on once more. We did this right from High Schools to Universities and beyond. But how things change!
Today we have CSO enthusiasts and entrants whose pride is in wearing flashy designer suits, sit in the offices from 8AM to 5PM, die to enjoy foreign trips to present â€œresearch findingsâ€, write emails laced with titles, fall over each other to speak at press conferences, and have no recollection about when they really worked for the less fortunate without money in their own pockets. If the present civil society aficionados and latter-day protagonists were to be asked to soldier on without pay or exclusive office spaces, nearly all will run away.

The civil society is supposed to be like the military, not just everyone fits the bill. It is even made worse by the ownership mentality, and tribalism that seems to reign supreme. I know of rural change action workers who do so much, work so hard, earn nearly nothing, and yet achieve so much than those in Nairobi. This is not a lamentation narrative, rather, a needle in the shoe. True mentorship is necessary, and money should not be the motivation to work. There is need to work for the nation, the fire of patriotism and sacrifice burning in the bosom. Lots of expenditure on half-day caucuses in expensive five-star hotels to discuss misery, poverty and violations in the country, instead of going to where the problem is should not just work. Believing so much in the ideals of universalism, my take is that human rights groups for instance, should not compete with the fetish to out-maneuver each other. Of course this critique will not be taken like an appetizer by many, yet that will confirm the ancient fierce truth that many are diametrically opposed to truth with untold passion.
The indispensable philosophy is that we all need to work with the singleness of purpose, and not to be averse to liberal ideology. It is no doubt that the civil society, just like the private corporate sector, has some of the most brilliant minds, visionaries, vanguards of change and the barometers of transformative reform. We also have some of the best, progressive civil society organizations, some of which I take pride to be associated with or having collaborated with, including the Kenya Human Rights Commission, Transparency International, Institute of Economic Affairs, YMCA Africa, CRECO, ICTJ, MUHIRI, AFRICOG, Mazingira Institute, EASHR, ICJ, Kituo Cha Sheria, among many others.

There are a number of CBOs doing much better than even known NGOs. It behooves us to be fairer specimens of cohesiveness, and thus, shun the barbaric dark linings of tribalism, favoritism, and a thirst for money. Have I not learnt in fact virtue is the deed of the bravest? It is the lot of the enduring souls venture upon it, and whether inside or outside, speak to these issues whether heavens stand or fall.
As ever, I take courage in the compelling wisdom of Aristotle, who unequivocally quips that â€œI count him braver who overcomes his desires than him who conquers his enemies; for the hardest victory is over selfâ€. Let this society be hawk-eyed in the implementation of the Constitution of Kenya 2010, and also stand as a team on the side of progressive discourse, and programmatic initiatives.