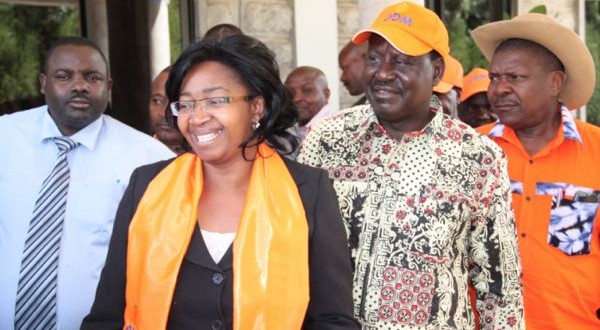 ODM, the largest party in Kenya is soon going to hold elections to choose office holders that will steer it to the future. The men and the women who will be elected will to a large extent determine whether it shall remain in the opposition or form the next government that will replace the current incompetent two-tribe coalition.

The task ahead is uphill but is by no means impossible. Even so it can easily become mission impossible if these elections are not carried out with the necessary care.
It is heartening that most of the contestants have talked of â€˜rejuvenatingâ€™ and â€˜reenergizingâ€™ the party. That means that they are aware that at the moment the party is full of lethargy and lacking a sense of direction.

If the Jubilee government is weak at the moment it is not because of ODMâ€™s effectiveness as an opposition party but it is rather in spite of ODMâ€™s lassitude. Going forward this has to change. The party has reached a turning point and it must turn if it ever hopes putting its candidate in State House in the next elections. Failure to turn will spell doom for the party and will send it six feet under in not so distant a future.

It is the hope and prayer for every party member that people of ability and zeal for the party are going to be elected and carry us to electoral victory. There are however some worrying indications that the partyâ€™s top brass is either unwilling or unable to make the necessary turn.

Take for example the fact that the frontrunner for the partyâ€™s second most powerful post, the secretary generalship, is one Agnes Zani. Who is Agnes Zani? Many rank and file ODM members and supporters are not even aware of her existence leave alone that she is a senator.

â€¢ Is she ready to do battle for ODM? Can she fight without a helmet on the head, bullet proof vest on the chest, gloves on hand and socks on the feet?

â€¢ Can she catch bullets for the party?

â€¢ Can she mobilize our troops when the battle bells will be rung in not so far a future?

â€¢ What in her really makes her a frontrunner?

For the ten months she has been senator, weâ€™ve never heard her come out strongly for the partyâ€™s course or anything for that matter. Isnâ€™t this another summertime member out to feather her political nest like Shebesh? In terms of political experience, service to the party, ability to organize and mobilize, political personality, name recognition, articulation of the partyâ€™s line, courage etc she is not in Ababu Namwambaâ€™s league yet amazingly she is the one Raila has said â€˜Toshaâ€™!!!
All over a sudden people who were not even aware of her name a few weeks ago are now singing her superlatives because â€˜Babaâ€™ has endorsed her. Well, if she were a frontrunner thanks to her brilliant campaigns skills or known ability then that could be understood but that is not the case. The fact is she has become a frontrunner solely because sheâ€™s presumed to be Railas candidate.

We know from ODMâ€™s history that almost everyone who has been nominated to parliament or senate or held a senior position in the party was first and foremost endorsed by Raila before being endorsed by the party. The likes of Shebesh, Kosgey and Musa Sirma come to mind.

Raila became stronger in the party but weaker nationally and that sealed his fate in the 2013 elections. Raila should therefore realize now that a strong ODM that serves the will of victory is far much better for him than one filled with cronies subservient to his will.
Raila should know a strong ODM that serves the will Victory is better than one filled with Clonies
It is high time Raila learnt to focus on the bigger picture. This is war we are in and in war what matters is victory. Nothing can be substituted for victory. Generals are appointed and promoted solely on their ability to deliver victories and not their relationship with the appointing authority for it is well understood that you better win with able people you dislike than lose with your cronies. Such should be the mentality of ODM if we intend to achieve victory.

That is why the likes of Agnes Zani should not be brought close to such a powerful post. We cannot continue doing things the old way and expect different results. What Raila requires are able subordinates who if necessary can look him straight in the eye and tell him heâ€™s wrong. The stakes are too high for guesswork. The party should not leave important positions to people who are distinguished only for their malleability and deference to the boss