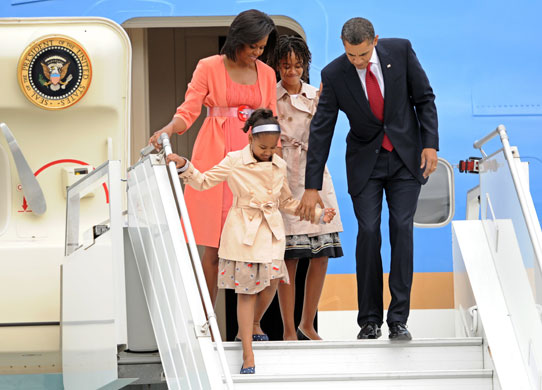 The white house released president Obamaâ€™s itinerary for his visit to African countries. Surprisingly, Kenya, the land of president Obamaâ€™s father was â€œblack-listed.â€ Most Kenyans anticipated throwing a home-coming party of a life-time for â€œtheir sonâ€ following his second term win. Unfortunately, that will not happen. Obama will snub Kenya. The white house statement said: â€œPresident Obama and the First Lady look forward to traveling to Senegal, South Africa, and Tanzania from June 26 â€“ July 3â€¦ to reinforceâ€¦deep and growing ties with countries in sub-Saharan Africaâ€¦â€

Although the self-proclaimed â€œskinny kid with a funny nameâ€ reminisces nostalgically the land of his father, his actions are disdainful of his Kenyan family and the people of Kenya at large. But letâ€™s face it. Kenya has got its share of shortcomings. Being led by leaders indicted for crimes against humanity, run-away corruption, impunity, lack of institutional reforms and negative ethnicity are un-endearing turn-offs.

Yet, so does USA have a share of social challenges. The land of George Washington, Abraham Lincoln and Martin Luther King jnr. isnâ€™t perfect either. Like a phoenix, America is rising from a darker historical place mired in racial discrimination, double-standard foreign policy and injustices against ethnic communities. However, America continues to perfect her union. So is Kenya. Although we are not there yet, we are on our way. Someday, we will arrive there.

Snubbing the most resilient people on grounds of social challenges faced by our country is a defeatist move. It is like giving up on a country whose people are trying so hard under very difficult conditions to perfect their social status. Lest he forget, president Obama is an inspiration to young Kenyans. As a matter of fact, his visit to Kenya would have re-awakened a new wave of hope in pursuit for instuitional reforms.

But make no mistake. Kenya may be corrupt. But it will forever remain a land of president Obamaâ€™s ancestors. Parents may be poor, indecent or criminals. Their negative social status can never negate their parenthood. Parenthood is a bond that transcends social status. It is a relationship that is bound by un-breakable DNA. Under no circumstances should a child disrespect his parents, at least not in Africa. Snubbing or looking at your parents disdainfully is in essence disrespecting oneself. Thatâ€™s what US president Obama did. By snubbing Kenya again, he disrespected himself.