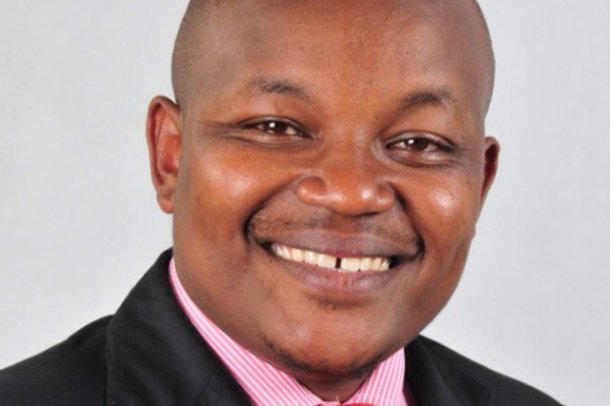 By George NyongesaÂ Sunday night on KTNâ€™s â€œCheckPointâ€, as a panelist, Mr. Ngunjiri Wambugu made a rather bizarre and irresponsible claim that: â€œRaila was not jailed for fighting for freedom and multipartyismâ€. Only ignorant fools do not know the heavy price that patriots like Matiba, Rubia, Raila etc paid in the struggle for democratization of this country. In the instance that Ngunjiri uttered those words, my instant conclusion was that he is either a simpleton, a fool, or an idiot, and therefore, he was just in character on a national TV.Then I remembered that all over the world, in every generation, such people as Ngunjiri always show up; and they have always been useful to the evil establishment that is in dire-need to cleanse itself; to sanitize its deeds; to distance itself from the horrors of the past; as well as to trivialize atrocities, excuse and justify past injustice.

These types are in the US excusing and justifying injustice on Black Americans. They are in Germany trivializing atrocities of the holocaust. They are in South Africa, Rwanda, Uganda etc. They are everywhere doing what they do best: apologism and revisionism! Since they are a normal phenomenon of human life, the only tragedy is when their disinformation and misinformation is left unchallenged.If you are aware of our history and you understand that at the root of multipartyism is the political right to multiple political parties that have capacity to gain control of government offices to advance their version of what is good for the country, then you definitely canâ€™t argue against the fact that the struggle for multipartyism in this country started immediately after Kenya became a Republic in 1964.

All of the State sponsored political killings of the likes of J M Kariuki (1965) and Tom Mboya (1969), and the banning (1969) of KPU a rival political party to KANU, was all the establishmentâ€™s resistance to opening up democratic political space to alternative political ideas, views and vision for Kenya. This state of affairs that started with Jomo Kenyatta continued through the Daniel Moi rule.

As a matter of fact, those behind attempted coups including 1982 one, all claimed that they wanted to seize government power in order to open up political space, expand freedoms and usher in multipartyism. This continued struggle for democracy is what booked Matiba, Raila, Shikuku et alâ€™s ticket into torture and detention without trial. So I find Ngunjiriâ€™s selective amnesia to historical information and facts tending to bonkers mannerism – but such unfortunate phenomena are not unique. “In all these what we see in Ngunjiri is a pervasive behavior of injustice apologism and revisionism.” The question of how to deal with the legacy of past State sponsored injustice, horrors and criminality has always been a pressing political concern of nations like Kenya that are on the throes of emerging from long periods of dictatorship, bad governance, conflict and division. In an attempt to regress and suppress sensitive information that could potentially affect the establishment, Ngunjiri-type have always been useful mouths as apologists and revisionists of public memory.

They are usually unleashed by the establishment to engage in denialism: to deny and revise historical fact as well as revise how historical information should be interpreted. Most often we accept this revisionism easily because collective past injustice has always been a burden of the present that we are reluctant to engage.That explains why Ngunjiri in reductionist thinking could sum up Railaâ€™s suffering in the hands of a brutal and inhumane regime as punishment for his alleged role in the attempted coup.

That explains why and how he got money for hosting a lavish get-together at Laico Regency on October 8, 2014 around topic of: “Is Kenya (now) on trial at the ICC”, and much recently, on November 17, in his STAR colum, he penned an article where he stated that: ” State has tried to help PEV victims”. In all these what we see in Ngunjiri is a pervasive behavior of injustice apologism and revisionism. However, Ngunjiriâ€™s behavior is an integral part of a history that is not properly documented and an establishment that wants to sanitize itself. Such improperly or undocumented history is always vulnerable to revision as form of further oppression, or to trivialize atrocities, or to reshape public memory.

Their work is made easier by opening up all media to themselves, courtesy of their money power and also the fact that the establishment owns and controls media. This explains why you see Ngunjiri everywhere in the media even though he has doubtful intellectual coherence.I know that Ngunjiri is crouching in a dinosaur political party that goes by the name KANU; I know that he is also on fulltime desperate work-hard-mode to appease his tribesmen after his short escapade in the â€œenemyâ€ party; and I also know that for him to partake a share of the Uhuru money that they have been fighting over with M7â€™s cow David Matsanga he has to do overtime to impress State House.

His current situation has put him on a collision course with common sense, ration, reason and sound judgment of what is public good. This is not a place anyone should wish on another. However, this is not an excuse for him to keep besmirching Raila’s name. We all remember that Ngunjiri was an employee of Raila, and in those days, he was such a gatekeeper that he could not let anyone near the man he derides today.

One wonders whether Ngunjiri’s vicious ad hominem on Raila is a case of sour grapes as a result of employee and employer relationship gone bad. For instance, when will Ngunjiri write about “PR-esident Uhuru” management of TNA, government and State affairs, and the propaganda of Jubilee regime? For the sake of decency, justice, human rights, fairness and common sense, Ngunjiri should court the attention of Uhuru, his tribesmen and TNA stalwarts by whatever means are reasonably necessary but keep off attacking Raila Odinga, and attempts to revise, rewrite or to reinterpret our history of our struggle for freedom, human rights and multiparty democracy.George Nyongesa is a Guest blogger on Kenya Today. Submit your articles for publishing via our Facebook page.