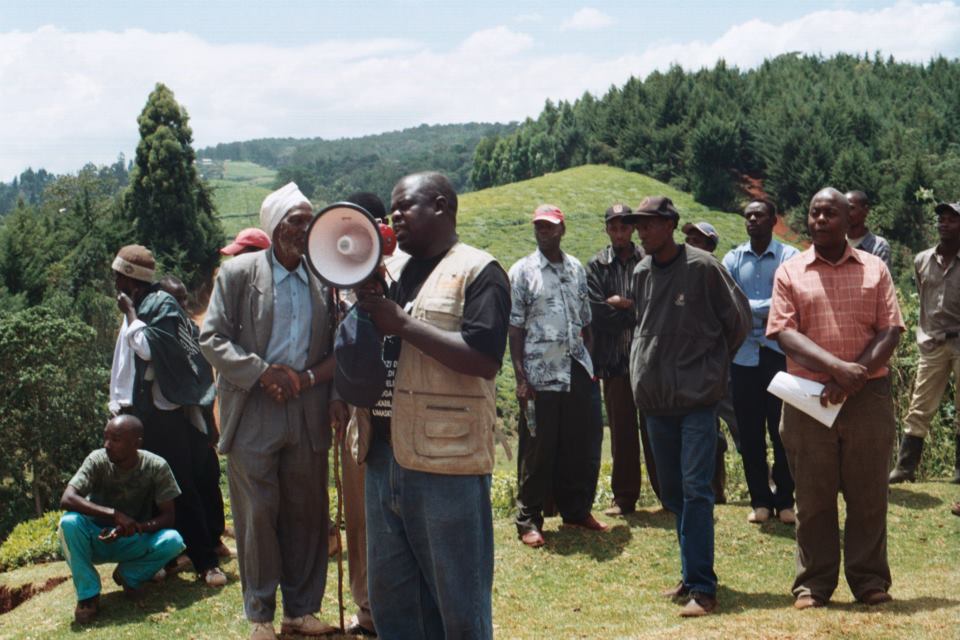 The worst thing that can happen to the reform movement right now is to settle for too little this late. Attention must be paid to the increasing shallowness of our democratization in the latter part of the 2nd liberation wave as demonstrated by the continued growth of illiberal electoral democracy, but stagnation of liberal democracy â€“ and mere “electoral” or “illiberal” democracy is, of course, not really a democratic form of government at all.

Over the last twenty or so years Kenyans have been protesting, asserting their right to a just, democratic, peaceful and prosperous future. But save for the vain grandstanding and self-congratulation in political circles, very little has actually been accomplished on the ground, to better the lives of the exploited masses.

Too many of our protests are bogged down in arenas of struggle that cannot deliver the systemic shifts we need. We are blind to the fact that most of the conventional venues for political engagement â€“ legislation, elections, courts, single issue campaigns, labour fights â€“ are so co-opted by the elitist system that it is difficult to imagine how to use them to realize self-determination for the masses enslaved by poverty, which is a direct consequence of bad governance, especially corruption.

With the social change campaign having become a professionalized NGO industry, we direct most efforts towards enforcing inadequate regulations, including the passing of a watered-down new Constitution and subsequent legislation, and working to elect mediocre people or to win concessions that donâ€™t threaten the status quo.

We ought to have woken up to the hopelessness of our current struggle when the charged 2002 elections resulted in radical regime change, but failed to radically change the system. Even the enactment of a new Constitution has failed to deliver the substantive sea change required to emancipate the masses. In fact, the exploitation of the masses through state-sponsored mass poverty is getting worse.

The new Constitution has lowered the threshold of integrity for politicians so much so that even indicted and convicted criminals no longer need to control power through sponsored candidates; they simply can run for elections themselves since the new Constitution states that a person is not disqualified from vying for elections â€œ…unless all possibility of appeal or review of the relevant sentence or decision has been exhausted.â€ (Constitution of Kenya, 2010, Articles 99.3 and 193.3).

For the rich and mighty, the presumption of innocence is now treated as a finding of innocence. Yet many poor people, also presumed innocent by the same law until they are convicted, are awaiting trial in remand custody. Why should the ordinary folk who have not been convicted be in remand prison, denied most of their civil liberties, if they are presumed innocent pending the determination of their cases? Conversely, why should the powerful who are accused in courts of law be free to enjoy all their civil liberties while awaiting trial? If all are equal before the law, why canâ€™t all enjoy the benefits of the law equally?

In spite of the new Constitution, the arrogant subjectivism by those in power continues. For example, they consider the rigging of elections from only one point of view, that of hanging onto power to protect a parasitic status quo, and not in its totality of dismembering the nation, defeating justice, and preventing development and prosperity. They view reality not as a whole, but as something glimpsed in fragments, in a system where power is not accountable, and is used selectively as a mere tool for the self-preservation of a privileged clique, and not for the advancement of the common good, leading to the emancipation of the masses.

This very dangerous trend underscores the need for a visionary political movement and leadership that thinks outside the box to step in and explore new arenas of struggle that will manage our protest and transform it into a springboard for true progress and social change.