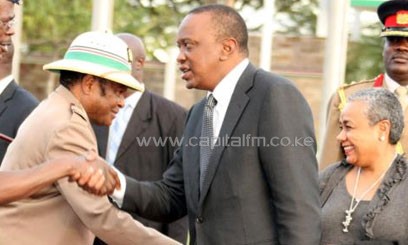 Attention has been drawn to reports appearing in the local media attributed to Principal Secretary Interior Ministry that the national government is in an attempt of creating an administrative structure above County known as Region.

The said reports further indicate that former Provincial Commissioners and Provincial Police Officers are already appointed to hold offices in this unconstitutional structure. The Public Service Commission though enjoying constitutional powers to create offices in public service, must realize that such powers are subject to public concurrence particularly in situation where public funds are concerned.

This attempt flies in the face of Article 1(4) (a) & (b) that eloquently and unequivocally states that the sovereign power of the people is to be exercised at the National level and County Level. Therefore, the only administrative region known to the constitution is the County, and any attempt to create any organ above the country is an attempt to subvert the constitution.

Further Article 239(1) of the Constitution recognizes only the Kenya Defence forces, the national intelligence and the national police service as the national security organs. This article effectively separates administrative (civilian) institutions and their functions from those of Security.

This latest initiative creating a bloated and irrational national government with colossal wastage of public funds clearly shows a character of retrogressive government without due regard to constitutional requirement of prudent expenditure.