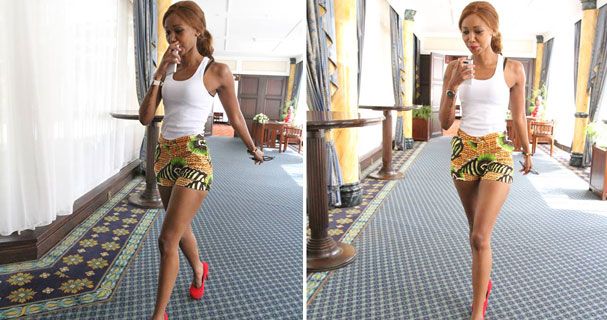 By Shem MukaloThe hemline debate is once again dominating national chatter and driving the news agenda thanks to the stripping naked of a hapless woman by dim-witted touts over her luridly revealing dressing. Social media platforms continue to swirl with the rantings of deeply offended feminine libertarians who view the incident as an appalling and intolerable misogynistic attack on members of the fairer sex.

The hashtagÂ #MyDressMyChoice has since been trending on Facebook and Twitter,given prominence by women calling themselves Kilimani Mums and who intend to rally droves of women to their cause on Monday.

Sources privy to the highly secretive organizing committee that enjoys a tyranny of women, indicate thighs and other “fundamentals” will be on display and in high supply like Biblical Manna.To put it simply,the story surrounding the unfolding and fast-paced saga is worthy of a Shakesperean tragedy.

Kenya is now under serious international media scrutiny ,with global media organisations drooling at the salacious snippets relating to the stripping incident,giddy to portray it as a symbol of a nationwide pandemic.

Two camps have since emerged: libertarians who believe women have a right to dress as they please and Victorians who contend that dress codes that make public thighs and desires are beyond what they can stomach. Skimpy apparels have become a part of our cultural development and an indispensable wear of feminine fashion repertoire.

Members of the female species are itching to put on public display their endowments and “fundamentals”;a rather dubious form of exhibitionism that high-minded puritans would rather die than accept lying down,and one that would render my nonagenarian grandmother an automatic nutcase.

The debate on how women should dress is not new in human history. It harkens back to the middle of the 19th century when the prudish Queen Victoria was the sovereign of Britain when the royal palace issued strict and fastidious moral edicts that penalised any form of indecency.

Victoria’s reign is remembered for the industrial progress,and more so,the strict moralization of the masses that saw the mapping out of standards and codes of conduct:a period that Wikipedia depicts as a “long period of peace,prosperity, refined sensibilities,and national confidence for Britain”.

The monarchy made purging society of prostitution a top item in its agenda.

Kenya faces the same issues of morality today that Victorians contended with.While some view the dressing code conundrum as a civil rights issue,others view it as simply and squarely a moral issue;a consequence of sagging moral standards that have reached their nadir.

Moral puritans who subscribe to Victorian tenets hold the view that feminist libertarians are dangerous libertines with a noxious penchant for polluting society with their fiendish predilections.

From all indications,the stand-off between puritan and liberal perceptions of morality has just begun. Sure enough,necklines will continue plummeting,hemlines skyrocketting and many will be stripped into perfect nudity,or mercifully into semi-nudity with their brassieres and undergarments still intact.