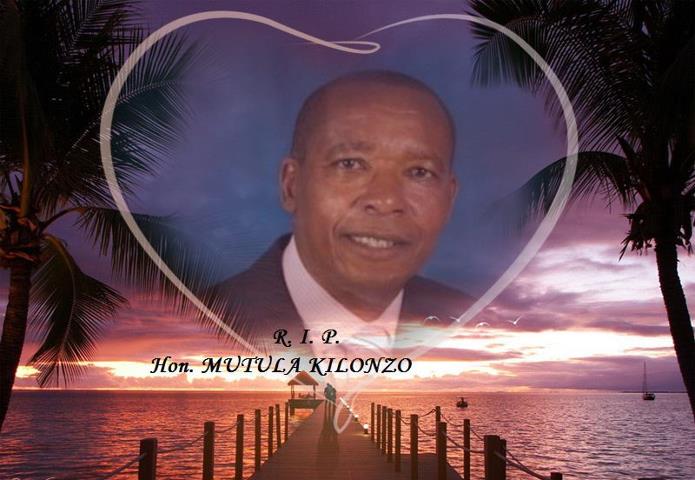 I just read the story in the standard and it jives well with the one written by this same author, Pedro Tish PhD.

I can now refine it based on new evidence according to a Standard Story that someone placed a high strength ephedrine pill, which was identical to his usual pills. So it is now pretty much agreeable that a pill was mixed up with his usual pills, which is in sync with the earlier theory advanced by this author.

Ephedrine, which was found by lab analysis of his blood sample by the Government Chemist, is used in cough syrups, It treats low blood pressure and it dehydrates you. Am sure you have felt your lips dry when you take cough syrup. Thatâ€™s because of ephedrine. That explains why his liver was unusually dry. And given that he had been in the gym, makes it even worse because gym dehydrates you in itself.

Now doctors know the meds he used to take, and they know what times it was prescribed to be taken, and so based on the concentration, and half-life calculations found in his body, it possible to work backwards and know that he took an overdose and at what time, which must have been taken at his scheduled medication time, as prescribed by his doctor.

During drug development, researchers always determine how long it takes to eliminate 50% of a drug from the body, thatâ€™s how itâ€™s possible to know what concentration the drug pill was at ingestion- as in how strong it was with near accurate precision.

Such a calculation could also help project based on time of death, by extrapolation whether it was oral or injected (Injected or injected, am trying to be simple here so you guys can understand).

If the high-dose ephedrine was injected, then it would be so interesting, because it means that a government agent entered, through the roof, without being seen, spayed an intoxicating biological agent in his bedroom that made him unconscious and then injected him with ephedrine injection, which raised his blood pressure to non-therapeutic levels which caused him to die.

And I could help Tobiko nab the murderers if he wants. But he would have to pay me just a few millions. And I can even design for TOP (The Office of The Prosecutor) an application that can for sure solve this riddle once and for all.

Letâ€™s do business Kimaiyo and Tobiko. But you will find me strange because I donâ€™t accept 10%, It has to be in good faith. Just professional and technical advice and I would make them look sophisticated, sharp and nice in the eyes of the public. So you 2 have no excuse to nab Mutulaâ€™s murderous, coz itâ€™s the easiest murder that I would investigate. Very easy. I have done more complex one.

I still canâ€™t understand why Mutula- a brilliant celebrity lawyer had to die in the year of Jubilee- half a century since independence- and under suspicious circumstances.

And so we are now closing in, that as explained by Pedro Tish, PhD, Mutulaâ€™s murder was homicide and not suicide. It was obviously pre-meditated because it takes the intelligence agents, pharmaceutical/medical knowledge, and some of the farm boys collaboration to plan and execute such a heinous murder.

….an ephedrine pill was placed in Mutulaâ€™s pill bottle, by a strange person, either a government agent, the pharmacist, or paid farm boys. This pill must have been identical to his regular pills in the same bottle in which the high strength ephedrine pills were put.

So he unknowingly took a high strength ephedrine pill thinking itâ€™s his usual pill. It could have been put into his med-bottle long time ago, and his assasins knew that one day, he will get to this lethal drug, because it was a pill bottle that contained drugs that he took every day.

This is what happened, someone with mischievous intentions, probably a government agent in a KGB style entered Mutula’s bedroom and placed that lethal ephedrine high strength pill- Identical to his regular but with ultra-high strength- ephedrine that’s how Mutula was murdered…. in cold blood….who was this animal who did this, someone tell me why?

His pharmacist might also have been paid millions or billions, to place that epherdrine pill into his med bottle while dispensing. Then while relaxing at his ranch, Mutula took that ephedrine pill. And pap! The dude was overdosed with ephedrine.

There are many â€œwahindiâ€ and other locally owned drug mills in Industrial area, which could have collaborated with powerful people in executing this heinous act- to make that one pill.

Assassinations keep growing sophisticated in Kenya……as every murder becomes better executed than the previous, they arenâ€™t using bullets no more…they are using wits… was his pharmacist used to put such a high strength pill onto his pill bottle?

This new development makes 80% of what this authorâ€™s theory advanced last week corroborated. So many conflicting theories, but you see in medicine, or law, thereâ€™s no single lane to follow; you try to piece evidence together.

These are arts not natural sciences where thereâ€™s one single answer. But as corroborated by the 2 stories, there would be some 80% truth, if 2 different crime theories are well formulated, and with objectivity. And the very basic foundation of a theory is a degree of reproducibility.

The Kenya-Today and the Standard theories appear to complement each other, which confirms an element of objectivity.

The writer is a Security Expert. He has a BA in Criminology, including a PhD and has worked with various reputable investigations agencies among them NYPD and LAPD