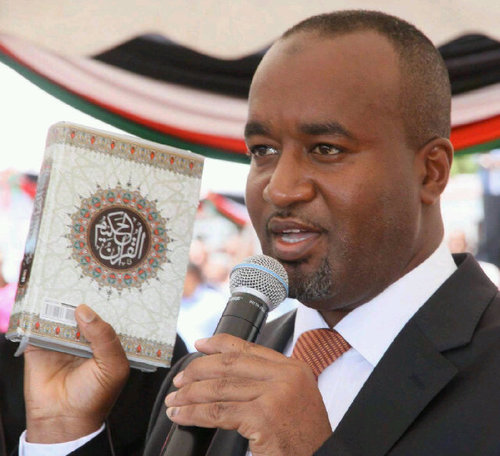 By Albert Nyakundi Amenya, Banana Pedlar, the County of Kisii

Crazy haters of Mombasa County Governor Hon Ali Hassan Joho unite! You have nothing to lose but your brains. Right, Gov. Joho is also crazy for answering you. But can he resist a fight against haters who donâ€™t like, or canâ€™t, or like only their own prejudices. Loonies aside please, the Governor only owes explanations to the serious thinkers who raise crucial issues about the problems affecting the County of Mombasa.

As a peace loving man, Governor Joho is worried about the multiplication of criminals who kill people and grab territory, seemingly without remorse, fear of consequences or even cost. Those who ignorantly berate Governor Joho are either good enemies of history, or poor readers who know no history. They are ignorant of the fact that their deceitful leaders study their behavior in one place as a significance of how they will behave elsewhere.

Dozens of sponsored professional critics for hire seem to be following their mastersâ€™ instructions to the latter. These are the people I like calling â€˜useful idiotsâ€™. Albeit as an intellectual, I am impelled by my conscience to countenance that in their despicable utterances, Johoâ€™s paid apologists can only be right the opposite of left and not right the opposite of wrong.

The fact is that the constitution does not obligate Hon. Joho to go into unfruitful verbal exchange of oral and immoral stones. Further, it certainly obliges him to do more than simply standing back and slap the wrist of his potential aggressors.

Implicit in many criticisms of Johoâ€™s academic status was the notion that his credentials were questionable. It was not until his University came out categorically to affirm the authenticity and validity of his degree. After the clarification, critics were highly mesmerized on how facts pointed in a different direction.

We all know a ‘mad’ man by the name Marwa. After months of pure pretense, the Jubilee government has committed an actual outrage through Marwa. The Mombasa County Commissioner has become a sponsored apologist for the Jubilee regime.

Marwa is the person boring people think is outrageous. This man is always grasping for something maliciously interesting to say but, lacking the ability to coherently articulate much of any sense out of it. The man always hits upon ineffective theatrics by distracting us from his soporific personality and witlessness with his tedious unconstructive, unconfirmed and uncalled for statements.

Marwaâ€™s theatrics are almost turning out to be journalistic law: one can mention him in print without referencing to his scripted outrageousness.