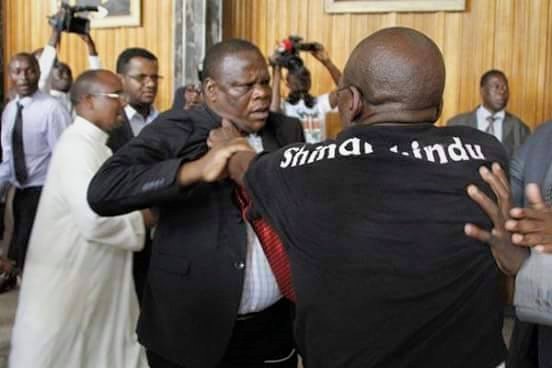 Any law that tramples or encroaches on civil liberties in independent Kenya after the promulgation of the new constitution is not worth the paper it is written on. The overwhelming support that the Security Laws (Amendment) Bill
has received from the Jubilee Coalition legislators reminds Kenyans of the saying ‘When the deal is too good, think twice’.

Some Kenyan leaders lived to consume the bitter doses of their own prescription and this amendment is no exception. The chief architect of the one-party law and power broker of the time, Attorney General Charles Njonjo, was a victim of
the implementation of that law. He was disgraced and branded a traitor a year later. A Judicial Commission of Inquiry found him guilty of attempt to overthrow the government. He was pardoned but expelled from the ruling party Kanu. He is just one of many examples.
While it is true terror is without doubt a global problem, fighting the vice is a national responsibility and should not at any time be generalised or trivialised as is the case with some of the clauses in the Bill.

The amendment before Parliament is a draconian law that promises to terrorise rather solve terror threats. The law, like others before it, such as the notorious Preservation of National Security Act,
seems to license law enforcement agents and intelligence gathering units to terrorise the media,religious faiths, government critics and the general population.Media exposes of corruption in high places and land-grabbing have not gone down well with the government that purports to fight graft.

Consequently, the authors of the Bill have sneaked in a clause on censorship of editorial content before publication.
This is not a war against terror but a war against whistle-blowers reminiscent of the dark days of the monolithic era. This is not to say that journalists should be irresponsible. Regulating editorial content is the responsibility of the Media
Council that ought to have been consulted before the clause was incorporated in the Bill.

The law seems to suggest that some places of worship have been turned into armouries used by
indoctrinated criminal gangs. The authors of the Bill are yet to prove that worship places are indeed criminal dens before the population can be convinced that the government is not up to some
mischief.

Searching of private homes without warrants and intelligence officers bearing weapons and getting power to arrest suspects negates the world- accepted principles of intelligence gathering and
defeats the purpose of fighting the global vice.

The carrying of weapons by intelligence officers was abused by the notorious Special Branch. The political class used the unit to intimidate and blackmail rivals. Several Kenyans, including
former Prime Minister Raila Odinga and Chief Justice Willy Mutunga, are victims of such bad laws and their attendant consequences.

Listening in on telephone conversations by sleuths is another retrogressive clause that would encroach on the privacy of many Kenyans across
the political divide.

Detention without trial under the new constitution is illegal, but the enactment of this law reintroduces colonial and dictatorship legacy.
Detention consigned nationalists and freedom fighters, such as founding President Jomo Kenyatta, President Uhuru’s father, to years in prison in deplorable conditions. Oblivious to the
humiliation his father underwent, Uhuru
vehemently supports the legislation with such lethal clauses that could live to haunt its authors.

Merit or demerits of the amendment the
numerical strength has played out on the floor of the House during the debate. Supporters of this infamous amendment ought to be reminded that some of their predecessors who tabled and supported such laws lived to regret the ruthlessness with which the legislation was implemented. Comrades, when the deal is too good, beware.

The writer is MP for Suna East and Director of Elections, ODM.