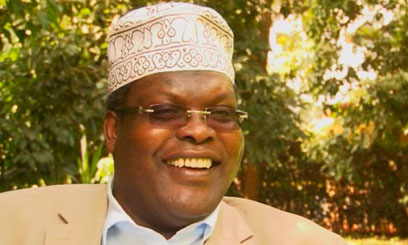 Kenyaâ€™s a new Attorney General Githu Muigai declared shortly after being sworn in that his first order of business would be to tackle old corruption cases like Goldenberg and Anglo Leasing. â€˜Amen,â€™ many frustrated Kenyans might have sighed in relief; â€˜at long last we shall see some super con-men in the slumber!â€™ But not me. I found myself instinctively asking â€œhow?â€ How will he do that without prosecutorial powers? And what about â€˜newâ€™ corruption?

It is understandable for a man who has been waiting since August last year to assume the vaunted position of AG to be exuberant. Excitement is a common human trait. As readers may recall, Githu is the only person who survived the controversy surrounding the nominations by the President of four persons to key constitutional posts earlier this year. Undeniably, the nominations fundamentally breached the requirements of both the National Accord and Reconciliation Act, 2008, and the Constitution. They also breached basic rules and etiquette in coalition management.

When the position of director of public prosecutions was eventually advertised, Kioko Kilukumi who had earlier been nominated gave it a wide berth – not because he wasnâ€™t qualified for the job – but to acquit himself of the allegation that he enjoyed the confidence of some very powerful figures in government and that his nomination was part of a well-crafted conspiracy to defeat the cause of justice. After all, Kilukumi continues to represent some of those figures in various legal matters, locally and internationally. Kilukumi was therefore wise not to have sought the position.

Similarly, Githu, too, should have declined the position of AG. This is, after all, a very delicate transitional period. Any reasonable apprehension of bias on the part of a senior state officer who is supposed to serve the public interest â€“ and not that of parochial political interests â€“ would inevitably damage the image of that public office and officer.

The new Constitution removed criminal prosecution from the AG and placed it firmly under the director of public prosecutions. The DPP is a constitutionally independent office. Unlike before, the DPP doesnâ€™t serve under the under the AG or the state law office.

How then is Githu going to tackle old corruption?

Perhaps Githu meant that he would give the government proper advice on how to tackle old corruption. But he spoke in the first person and emphasised what he would do as AG. He didnâ€™t suggest that all he would be doing is offering â€˜advice,â€™ which clearly can be ignored. Was Githu implying that the government neither knows of the old scams nor has interest in tackling them?

It is difficult to imagine how the new AG will tackle old corruption cases, unless he meant that all old cases of corruption will no longer be prosecuted; that the government will henceforth concentrate on civil recovery of stolen public wealth and do nothing else.

The person who should be prosecuting old and new corruption is the DPP, Keraiko Tobiko. Unfortunately, we have heard and seen very little of him since his appointment. Many of us donâ€™t mind his silence if there were ongoing credible prosecutions. But so far, there is none.

And now that Githu seems to be suggesting that prosecutions are in his docket, notwithstanding the new Constitution, we have cause to be very worried. By no means are we suggesting that forfeiture, restitution and voluntary return of stolen public funds not be pursued by the AG. All we are saying is that such civil actions must follow â€“ and not be a substitute – for criminal prosecutions of the looters, plunderers and thieves.

We know that no effective prosecution will occur until and unless the police and other investigatory organs are fully reformed, restructured and retrained so as to enable credible and effective investigations. Yet, the long-awaited police reforms arenâ€™t taking place fast enough and as required. Although we have been told that a panel to select nominees for the director general and the two deputies will soon be appointed by the President, we wish to point out that such an approach would go against the provisions of the constitution.

In my view, the civilian-led national police service commission must be formed first, as a matter of priority. It is this body that must recruit the director general, the two deputy director generals and senior officers before submitting names of nominees to the President and the Prime Minister who will select appropriate candidates for parliamentary approval. Itâ€™s also the NPSC that will ensure that the institution is properly reformed and that high quality standards are maintained in the police service. Then, of course, the DPP must demonstrate that he has the ability, courage and commitment to fight graft.

Unless this is done, all public declarations about the fight against corruption will be nothing but rhetorical declarations. But make no mistake: Kenyans will continue making demands and agitating for action from the government against graft â€“ old and new. Kenyans will continue to pursue accountability and justice for the merchants of impunity. They wonâ€™t be duped by promises and rhetoric.

Mr. Miguna is a Barrister and Solicitor in Ontario, Canada