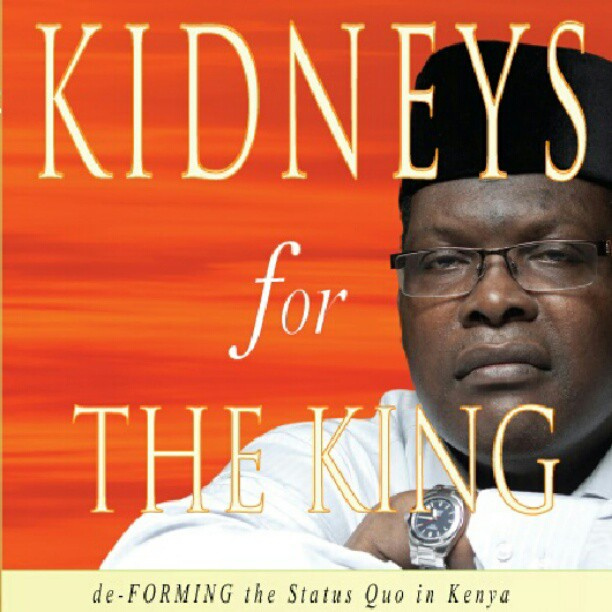 Desperation and fear are dangerous things. They have turned Uhuru Kenyatta into a political rabid dog with infected fangs biting everything, particularly his short curled tail. I donâ€™t blame Uhuru. For a man who was born at and grew up in State House, one can understand how it feels when faced with the most serious criminal charges in the entire world. To be accused by the ICC, following credible investigations, of having committed mass murder, mass rape, mass displacement and some of the worst inhumane and degrading acts against innocent civilians isnâ€™t a laughing matter. If convicted, even only of one charge, Uhuru faces life in jail. So, it is understandable that he is scared, confused and desperate.

However, Uhuru isnâ€™t Jomo Kenyatta. Those comparing his current tribulations with those of the Kapenguria Six arenâ€™t just being unfair to history and Kenyans; they arenâ€™t being fair to Uhuru and his late father. Uhuru grew up in extreme privilege and opulence. He has never lacked anything in life. I have done some research on this son of Jomo and discovered nothing compelling. There isnâ€™t anything remarkable about Uhuru; no achievement worth mentioning. From nursery school to college, the son of Jomo performed below average. As far as I can gather, he was neither good in sports or academics. He wasnâ€™t a gifted speaker or debater either. Nor is he now. In other words, it is fully understandable that faced with the most serious criminal charges in the world, Uhuru is fumbling, flailing and crumbling.

But to try and cast Uhuru as some kind of liberator or freedom fighter who is being persecuted by his political enemies is taking jokes too far. Kenyans arenâ€™t complete idiots. The other day, Uhuruâ€™s cousin Beth Mugo and other PNU/KKK acolytes compared him to the Kapenguria six. Letâ€™s get one
thing right: Jomo Kenyatta, Achiengâ€™ Oneko, Kungu Karumba, Bildad Kaggia, Paul Ngei and Fred Kubia were not sent to Kapenguria because they had butchered innocent Kenyan civilians; they were jailed by the British colonialists because they allegedly belonged to the Mau Mau movement, which was fighting for the liberation of Kenya. But Uhuru and his friend William Ruto arenâ€™t in that league. Uhuru and Ruto belong to the league of alleged robber barons and murderers. At least thatâ€™s what Luis Moreno-Ocampoâ€™s evidence shows.

Credit is due to Uhuru, however, for excelling in other extra-curriculum activities like smoking and drinking. At Njiiriâ€™s High School in Murangâ€™a where I did my Advanced Levels, I used to punish those who belonged to Uhuruâ€™s league. But Njiiriâ€™s was a public boarding boysâ€™ school, which also happened to have earned the national trophy for discipline throughout the period that I was there. I suspect that the situation was very different at the expensive St. Maryâ€™s private school in Nairobi where Uhuru and other privileged kids were sequestered.

Make no mistake: there was no freedom or liberation Uhuru was fighting for in 2007/8. The Mungiki vigilante group that the ICC Prosecutor has accused him of having used to brutalize and butcher innocent civilians isnâ€™t a liberation movement. Uhuru and his gang of supporters know that the 2007
presidential election was massively rigged. He also knows that there was a dispute over who won the presidential elections. Unless he wants to rewrite history â€“ and we will not allow him – there is no reasonable Kenyan who believes that Mwai Kibaki won and Raila Odinga lost.

But more fundamentally, Uhuru knows that Raila Odinga and the ODM do not work for the ICC in any capacity. Raila Odinga isnâ€™t responsible for investigating any crimes committed in Kenya. Raila isnâ€™t in charge of the Kenya Police, the CID, the ministry of internal security or the State Law Office. Everyone knows that it was PNU and the state security agencies it controls like the NSIS that submitted evidence implicating Ruto and Henry Kosgey to the post-election violence. Moreover, Uhuru must be aware that he is facing charges of crimes against humanity as an individual. The Kikuyu
community hasnâ€™t been charged. Nor has the PNU or the KKK.

Beth Mugo claims that as a mother, she holds the view that no Kenyan child should be tried on foreign soil. This is interesting. The last time I checked, Beth Mugo hadnâ€™t stated the same thing with respect to the Kenyans who were abducted and smuggled to Uganda and the United States of America by their own government without due process. There were no charges; no bail hearings; and no extradition proceedings; no habeas corpus. Why hasnâ€™t Beth Mugo demanded the release and return of Al Amin Kimathi who is facing trumped-up charges in Uganda?

On December 16th, 2008, both the President and the PM signed an agreement for the implementation on the recommendations of the Waki Commission. The Government committed itself to the establishment of the Special Tribunal by February 1st, 2009 to try the PEV perpetrators. The Waki Commission report was unanimously adopted by Parliament on January 29th, 2009. However, on 29th February 2009, Uhuru and Ruto ganged up and had the Special Tribunal
Bill rejected by Parliament. They demanded the ICC. They got the ICC.

Why are they crying wolf now? If they are brave as they claim, why are they panicking? If Uhuru and Ruto have credible evidence concerning the crimes against humanity committed in Kenya; why canâ€™t they just submit it to the ICC?

To Uhuru and Ruto: go ahead and implicate anybody you want. But please, save us the childish rants and threats.

This piece was written by Miguna Miguna on March 22, 2011, it has been circulating in various list servers- mailing list since Friday 15th Feb 2013, so, it is in the public domain. We have taken precaution to give proper reference and appropriately indicated the date it was published.