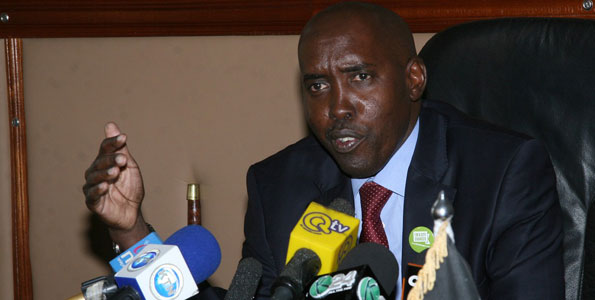 Machario Gaitho has (allegedly) wondered why Michael Gichangi was ‘sacked’ and not Ole Lenku or David Kimaiyo.

Here are the possible responses an honest observer can give for keeping Ole Lenku and David Kimaiyo on their jobs.

1. The motivation to appoint Ole Lenku is only known to President Uhuru and those he has told so. However, once appointed, the ‘community’ came in. Ole Lenku is a beneficiary of the unwritten ‘minority rules’ governing the employment, promotion, demotion,transfer or sacking of maasais specifically and members from minority communities in general. This rule forbids the appointing authority from even imagining ‘removing from work’ any ‘prominent member’ of Kenya’s minorities. It is a good rule being applied wrongly and absurdly. Once a member of minority ethnic group has been appointed,qualified or not qualified, bright or dumb, don’t get them out, else you injure the ‘sensitivities and sensibilities’ around a people ‘perceived’ to have been excluded from successive regimes and, in complete disregard to the spirit and letter of our ‘progressive constitution’, roll back the gains on ‘affirmative action’. Lenku = Maasai hopes (and votes). Enough said.

2. On David Kimaiyo. This is simple. Removing Kimaiyo from power will ‘alter’ the TNA-URP power (especially URP powerlessness) arrangement in the 50-50 tyranny of raw emotions. Kimaiyo is not just the head of the police force, or service, of the republic of kenya. If the Kiplimo Rugut saga made ‘us in TNA’ learn a thing about ‘our brothers’, it is that the existing ‘ethnic power symbols’ of URP in Jubilee must remain intact. Methinks Kimaiyo will be the last person to be shown the door. His presence in government in the current form and content (or lack of) is something that TNA really, really, enjoys. Kimaiyo = Kalenjin ‘super’ support.

3. The third response to Macharia Gaitho (folks, we are talking about Gaitho of Statehouse Media breakfast) may border on hate-speech and I don’t want to go back to Industrial Area any time soon.