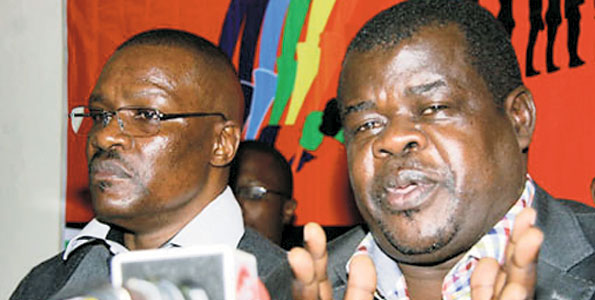 In the run-up to the 2010 referendum on the draft Constitution of Kenya, there was general consensus between both the Yes and No sides during the referendum campaign that certain provisions of the then proposed Constitution required amending. Thus, the promulgation of the 2010 Constitution was effected with this in mind.

Hence, the ongoing initiative of the March 4 movement (M4M) to amend Article 138 of the Constitution has been launched in the context of both the pre-2010 Constitution referendum consensual understanding and the provisions of Article 257 of the Constitution on popular initiative. Further, experience from the conduct of the 2013 Presidential polls has openly exposed weaknesses of the current Presidential electoral system which needs to be rectified to bring forth a sense of National inclusivity and fairplay in Presidential elections, and thereby engender National harmony, unity, peace, stability and continuity.

Accordingly, therefore, the M4M initiative is aimed at amending Article 138 of the Constitution to provide for the election of the President and Deputy President directly by popular vote on a County-by-County basis as opposed to the current system where they are elected directly in a popular vote nationally. This is because the current process of electing the President has been reduced to an acrimonious census of tribal numbers, which is prone to electoral fraud, and which marginalizes sparsely populated regions and smaller ethnic groups in what is provocatively called the â€œtyranny of numbersâ€.

The draft bill is then introduced to both Houses of Parliament (National Assembly and Senate) as soon as possible if half of the Counties approve the draft bill. A bill to amend Article 138 will have been passed if both Houses approve it by simple majority, in which case it is sent to the President for assent. But if either House fails to approve, then the bill is referred to the IEBC to formulate a question for a referendum.

Specifically, the M4M initiative proposes the County electoral system which is a weighted voting system that is designed to give more power to the Counties with more votes but allows for small Counties to swing an election. Under such a system, each County is assigned a specific number of votes that is proportional to its population so that each Countyâ€™s power is representative of its population. Thus, while winning the popular vote may not ensure a candidateâ€™s victory, a candidate must garner popular support of a particular County to win in that County.

Each County is therefore apportioned electoral votes equal to the number of its elected members of National Assembly plus one each for the elected Senator, Womenâ€™s Representatives and Governor. Hence, there would be 431 electoral votes, being 290 members of the National Assembly, 47 Womenâ€™s Representatives, 47 Senators and 47 Governors. The County electoral votes are then taken on a â€œwinner-take-allâ€ basis. That is, all electoral votes in a County are given to the winning Presidential candidate. Meaning, to be President, one must get at least 216 votes, being more than 50% of the 431 electoral votes. A person can therefore not be elected President by putting together a combination of large tribes but disregarding the smaller ethnic communities.

Expectedly, the goal of any candidate would be to put together the right combination of the Counties that will give him/her 216 electoral votes. And should none of the candidates win 216 electoral votes; a run-off between the two top candidates will be conducted. Evidently, the proposed Presidential election system that is County based has several advantages which include: Breaking the stranglehold of large tribes on the Presidency, removing the incentives and opportunities to rig Presidential elections, ensuring affirmative action, entrenching safety of numbers, eliminating disenfranchisement within Counties, preventing ethno-centric victory, maintaining the devolve character of the republic, enhancing the status of minority groups, encouraging high voter turnout, isolating election problems and encouraging stability by disadvantaging fringe parties and candidates.

Disappointingly, the current Presidential electoral system encourages the concept of tyranny of numbers which is essentially hate speech directed at minority groups. By creating conditions where members of 37 small Kenyan tribes are practically excluded from ever being elected to the Presidency, merely on the basis of their tribal identity, the notion violates the Constitution of Kenya in Article 33 (2) (c) which forbids hate speech; Article 10 by failing to uphold Core National values; Article 56 (a) which obligates the state to promote affirmative action by ensuring participation of minority and marginalized groups in governance and national affairs; and Article 38 (2) (a) by failing to ensure fairness in elections.

In conclusion, the M4M initiative has selectively borrowed from the United States of America Presidential system to ensure the election of the President through popular votes and to protect the interest of the Counties; to ensure every County has a voice in the election of the President and the Deputy President; to ensure that the President and Deputy President are elected by popular votes on a County-by-County basis. And that a candidate can become President without having obtained the highest number of votes nationally in the first or final round of popular voting. Clearly, adopting the proposed system, mutatis mutandis, in Kenya will move the Country away from the current sorry state of affairs where large tribes tyrannize smaller ones during elections, and where the main criteria for ascending to the Presidency is the numerical size of the ethnic blocks backing the candidate. The system will also boost the process of devolving power from the National Government to the Counties. This is an act that will improve local governance by entrenching devolution, and reduce marginalization as well as the risk of conflict between communities.

The writer is a Management Consultant based in Nairobi