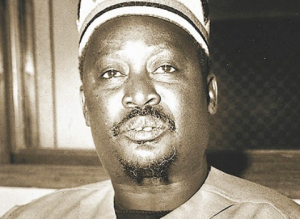 For years I believe that the long , remorseless course of events, the social destruction piled on economic and political destruction which the Kenyatta, Moi and Kibaki leadership had wrought upon Nyanza people , must have killed in most Luos, that most profound of their spiritual possessions, the one, our sick nation most needs.

Perhaps, the ideals of some of our founding fathers were premised of the fact that possession is a way of life at once simple, since it is disciplined, and complex: it involves world-view and sentiment of self :institutionalized tradition and symbol- invested belief, which implicitly or explicitly realizes every ethnic community as a co-partner in a living nation, with Luos and other Kenyan communities intimately co-operant and mutually dependent.
Reading from Jaramogi Oginga Odinga works, he appears to believe that this particular spiritual possession is a way of life which realizes each ethnic group and its society, as wholly reciprocal and both of them as drawing value and power from the ethnic and cosmic past and transmitting value and power to the ethnic and cosmic future, past and future must be propulsive, efficient, living reality here and now. As a matter of fact we remain indebted to Dr.Julius Nyerere of Tanzania for greatly succeeding where others like Kenyatta,Moi and Kibaki miserable failed us a nation.
Therefore, a critical look at our history as nation reflect a leadership not ease even in death. Its like history has conspired with fate to ensure that none of our living and dead leaders, are allowed to retire or rest in peace especially those who ruled us cruelly. But this can be fairly contributed to their total commission and omission and the will to give in to ethnic interests. Therefore, to trace the evolution of the struggles for independence and 2nd Liberation without mentioning the roles of Luo giants and the roles they played in shaping this country toward social liberalism, their leadership of the freedom struggle after the Colonial “Johnnies” had decimated the Mau Mau land force, and later when the home guards had hijacked the freedom, thus calling for the 2nd liberation, is beyond the province of this post.

First, the foundation of this nation was definitely laid on a strong nationalism stone. But it lacked the checks and balance mechanism to protect it from ethnic power-hijackers, manipulators and fraudsters. Subsequently, the stone was slowly, surely and deliberately chiseled way piece by piece by ethnic masons following detailed skillfully drawn designs by ethnic architects. This led the nationalist government to disintegrate in the mid 1960s, giving wide rooms for the the ethnic mafia, consisting largely of family members of the home-guards from Kiambu, to covertly take over key and critical organs of the government.

The practice of tribal went overboard and became semi-official. Nationalists and other freedom fighters became target for political and physical assaults. For, instance, after Jaramogi Oginga Odinga had single-highhandedly catapulted Jomo Kenyatta to State-House, rejecting persistent attempts by the Colonial government to persuade or cajole him to take over the reign while Kenyatta was languishing in Jail, and even telling off the dreaded colonial governor to his face, that Kenyatta was the Kenyans’ second god, Jaramogi and his Luo community suffered uncounted prejudices, denial of liberty, socio-economic deprivation, political oppression and general application of state sponsored scotch-earth oppressive and suppressive policies. Luos watch in disbelief as the Kenyatta government quietly declared Nyanza province a police state. Consequently, in order to stave off this state of severe oppression and under development, Luos turned highly rebellious and agitative. With continued assassination of their leaders, starting with D.O.Makasembo, Pinto Gama, Argwings Kodhek, Tom Mboya, JM (in an unexplained manner,Luos regarded JM and Gama as one of their owns), they became blisteringly arrogant, indeed arrogant enough to play into in Kenyatta handlers’ hands in 1969, resulting in the now infamous Kisumu Massacre.

Come 1978, Daniel Arap Moi and Kenyatta died in his ‘sleep’. Again Luos’ patriotism and open fearlessness took a precedent. Like Kenyatta, Mr. Moi too benefited from the now universially recognized Luo characteristics of courage and fearlessness. Although Charles Njonjo did in fact, played a crucial role to ensure that Moi succeeded Kenyatta,this was within mere legal parameters. Moi needed strong and fearless and trust-worthy political backing. This was key and risky role. Who would dare the dreaded assassins called Ngorokos out to stop any member from the Mumbi house to succeed Kenyatta?.The armed Ngorokos were armed to teeth. They had better arms than the GSU.It reported to be the fifth-column in the Kenya armed forces then. It was quick and ruthless in elimnating political opponents of the Establishment.
It had scared guts out of every political heavy weight in KANU. For this reason, no KANU official from Rift Valley, Central, Western, Eastern, Nairobi and North-Eastern was indeed, prepared to risk his life by proposing and seconding the acting president Mr. Daniel Moi,(a passing cloud never was), for the post of president of this country, lest his bullet ridden body mysterious appear in the Ng’ong hills. As the nation was held at ransom and could only wait in heighten tension as the nomination deadline was rapidly approaching.
The deadline was, by Constitution fixed at twelve-noon. Every Kenyan’s eyes were fixed on a watch belonging to one Mr. Montegamoury, a mzungu, who was then the Returning-Officer, under the Attorney-General Chamber. It was tickling towards 11.30 am, only 30 minutes to the official deadline and Mr.Moi had not found a proposer and a seconder! A crash delegates’ meeting Nyanza and Coast provinces was held secretive. The two provinces agreed to bail Moi out. It was at this juncture that one Mr.Isaak Edwin Omollo Okero, MP for Gem, Minister for Power and Communication and KANU national chairman , accompanied by Mr. Sharriff Nassir, assistant organizing courageously walked forward,and proposed and seconded Moi respectively, for the post of president of the Kanu.

During Moi reign, however, again, Luos were faced with critical and formidable state-sponsored oppressive acts.They had their illustrious sons killed and one burnt beyond recognition and the body dumped at Got Alila.Other died in mysterious manner, largely believed to be the work of the then dreaded special branch, while many suffered detention without trial, loss of employments in government and state co-corporates.

Come 2002 and Mr.Raila Odinga a leading light in the national political arena, a man who successfully led opposition against Moi’s autocratic rule from detention declared Mwai Kibaki Tosha, a person mocked as general mwoaga, and you know what Luos had to undergo through Kibaki rule especially in 2007/2008. The deaths of Dr. Odhiambo Mbai, Mr.Oulo and intentional police shootings to death of many many Luos during Kibaki reign than the entire 24 years of Moi rule are bare facts yet to be resolved.
What a selfless act of a single community by any standard! Yet all these patriotic acts by members of Luo community have neither been reciprocated nor appreciated at all by a section of Kenyan community. What Luos are treated to, instead,are persistent and deliberate attempts re-write the history by concealing facts portraying in a negative way.The scope and level of ethnic co-existing in Nyanza surpasses any region in Kenya.
After running away with our freedom,the new government annulled such nationalist approaches,rewarding the non-bona fide freedom fighters otherwise known as home guards with public resources. The national Treasury and ministry of lands were turned into reservoirs of public wealth-supply to the ruling tribal mafias.The ordinary members of the so-called ruling tribe, too were shoved off, his quarter-acre land, grabbed, leaving to mercy of the street life. The ruling-class thus created the under-class(the street families) while urging the poor under-class to defend their ‘government’ with their blood. Other communities were kept at periphery while the Luo watched at a distance for obvious reasons.

Only here and there were the faithless Luos permitted to sell their own souls and their group’s collective interests to scavage under the huge eating table. Assassinations of Luo leaders went unrebuked and uncurbed, of course, condemnable but not actionable. Such is the fact. Yet, there’s an anomaly which must be reported. At independent period,Luo were the second largest ethnic group in Kenya. Mysteriously, the population curve both in urban and rural started to decline.Neither past nor present statistics are exact.

Finally, Indeed all these have suffused our whole feeling nature and made life bad to some and good to others. Nonetheless,as a Luo,one cannot help but wonder whether the Luo soul, at it’s deep unconscious level, enter into hope through Uhuru Kenyatta’s presidency. As for me and my