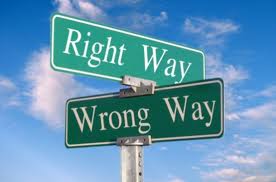 Law, however, is not necessarily the same as morality; there are many moral rules that are not regulated by human legal authorities. And so the question arises as to how one can have a workable set of moral guidelines if there is no one to enforce them. Laws and rules are generally designed to regulate activities that can be publicly observed. This makes enforcement easy. But breaches of moral principles are a horse of a different color.

To solve this problem, some theologians have given God the attribute of “cosmic spy” and the power to punish the unethical behavior which the law misses â€” a power that extends even beyond the grave.

So even if God’s arbitrariness is granted, there would be no denying God’s power to enforce his (or her) will. Thus, to the extent that this God and this power were real, there would exist a potent stimulus â€” though not a philosophical justification â€” for people to behave according to the divine wishes. And this would at least take most of the uncertainty out of the enforcement of moral, but not unlawful, behavior.