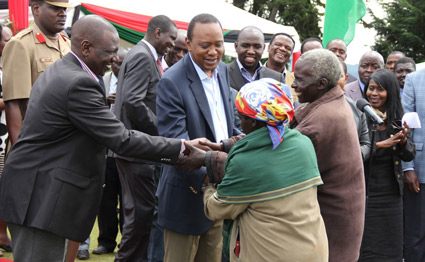 In the recent past, methinks before civilization crept in, there are some things that people from my speech community (Marakweta) never believed in.

While Kenyans from other communities passed where we are trailing now, these right here are people slowly breaking from their yolks.
The Kalenjin nation at large is awakening to a new economic, political and social dispensation.
We are competing with the rest in beautifying the skyline of the leading towns.. And cities.

Rev. Jackson Kosgey, the father to the magical Naija bound Emmy Kosgey in one of his past addresses told us ‘ o Kass’. That we should listen to everything happening around us.

We are slowly rising.