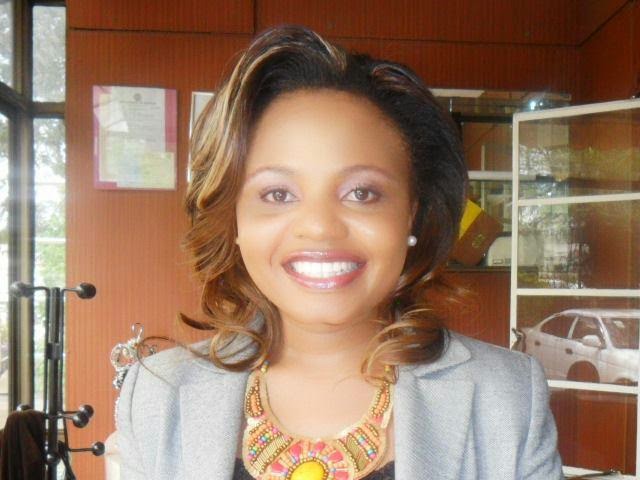 Not long ago, in fact, less than 600 days ago, KTN News Anchor Mwanaisha Chidzuga’s mother used to CAMP at Orange House from 6.00am to 6.00pm, sometimes to 9.00pm, looking for ODM certificate and political support from the ODM party.

Mwanaisha Chidzuga herself, a news anchor, or so I suppose (I’ve never watched her anyway) could call Phil Etale, ODM Communications Director, so many times that us, Orange House factotums, wondered why Etale was not being a ‘man’. Chidzuga wanted her mother to get a job, an elective job, a SIASA job. Etale would later inform us.

Now both Chidzuga and Chidzuga’s mother have since realised what Coast needs is development not SIASA.

Both Chidzuga and Chidzuga’s mother, the latter elected as a WOMEN REPRESENTATIVE, a post that was created courtesy of SIASA, have now realized Coast needs development, not SIASA.

Chidzuga, and Chidzuga’s mother are part of the sick democracy problem in Kenya and CORD.

Their mantra goes, ‘what is in it for me?’ Does Chidzuga remember how her mother got to power? Does she remember all those phone calls to Etale? The day-long camping at Orange House? Only a year and some days ago? Maybe she should read this. It will jerk her back to reality. Digression aside.

Because of past experiences by people like Chidzuga and politicians like Chidzuga’s mother, the constitution, through the political parties Act, allowed for elected members to decamp.

The constitution only demands of you to RESIGN, RELINQUISH your seat and get back to the people.

Maybe, like Chidzuga and her mother, voters who elected her on ODM ticket under CORD have realised we are only SIASA and not DEVELOPMENT.

If the agreement is unanimous, why can’t Chidzuga advise her mother to RESIGN, RELINQUISH her seat and seek FRESH MANDATE on purely DEVELOPMENT not SIASA.

#CORD Coast needs development nt cheap empty politics tht will take us nowhere Wht did thy do 4 us whn they were in govt? 2017 Siasa au kazi