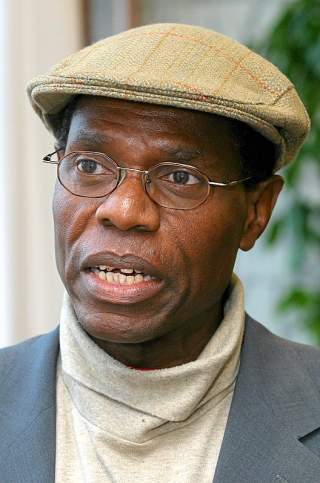 [wpsocialite]
Since Parliament opened, voters and media have complained against salaries of MPs, governors and ward reps being doubled or tripled in defiance of Salaries and Remuneration Commissionâ€™s recommendations.

For demanding higher salaries when ordinary people have hardly one meal a day, leaders are rightly being accused of greed and insensitivity.

On reduction of salaries, we want to be on the same side with the poor, the weak and the downtrodden but many times people of lower classes are their own worst enemies.

But to get to Parliament and raise their salaries, leaders did not shoot their way there in coup dâ€™etat. They were elected by voters in â€˜free, fair and transparent elections.â€™ If voters elected these greedy leaders knowingly, they have only themselves to blame.

Worse, if voters elected these greedy leaders after taking their bribes, they have no moral right to condemn them for raising their salaries.

In case it is not clear, voters create greedy leaders by freely voting for them. As for the greedy nature of leaders, creatures cannot be more to blame than their creators.

Tragically, like apes, people laugh at the red backside of others but never their own. They condemn corruption of leaders but cheer their own for what they wouldnâ€™t have without it.

If voters elected ogres who lead and eat them, why do they forget they went to bed with them voluntarily and blame themselves for being eaten?

When voters elect thieves to lead them, can they be morally right to accuse â€œtheir thievesâ€ for greed? If hyenas eat sheep they are given to take to the pastures, can they be accused of greed?

When voters were asked by the retired President Kibaki to eat the money of candidates during campaigns and cheered the emasculation of the Leadership and Integrity Act for letting them eat, how can they now complain when it is the thievesâ€™ turn to eat?

One may sympathize if voters elect as president, MP or governor a bad person they donâ€™t know, but not when they elect a thief they know into parliament or government. There are no sympathies for self-inflicted tragedies.

Many times Kenyan voters have rejected Jesus as their President or MP and instead elected Barrabas to lead them. Why should they weep when Barrabas starts to rob and murder them?

Voters deserve the bad and greedy leaders they elect. When people sell votes and leaders buy leadership, arenâ€™t leaders henceforth free to use leadership as a personal enterprise with which to make money from salaries, allowances, service charges and bribes that accrue to corrupt leadership?

Michael Carson was right that choices have consequences. When voters elect hyenas they must expect their goats will be eaten.

But why do people elect hyenas when they know the consequences?

Voters have failed to elect good leaders so many times that they have gotten used to it or given up voting differently.

After concluding that leaders are thieves and good leaders are hard to find, bad leaders take over and transform society into a jungle. As herbivores, voters have resigned themselves to a sad belief that whatever they do leadership, power, government, parliament and courts, all belong to carnivores and electing a sheep is impossible, futile and purposeless. Subsequently, power is for carnivores, from lion to leopard to hyena to jackal to fox.

Why then is anybody surprised when MPs vow to raise their salaries?

There could be surprise only if voters elected hyenas without knowledge, a crime that can lead to people electing hyenas which they do. As for the alternative, it is worse. When voters elect someone because he or she has failed so many times to get elected and should be given a chance to recover their money, why would such a leader not become an outright thief to recover his money?

People who have spent so much or tried so often to get elected can only recoup their expenses through increased salaries, allowances, per diems, charges to ask or not to ask questions and corrupt deals with Anglo-leasings and Goldenbergs.

After so many failures, voters must now know they are the ultimate losers when they elect corrupt leaders and reject good ones. While leaders are beneficiaries of corruption, people are its victims when fleeced government cannot deliver development to them.

Once a deal is cut between a corrupt voter and an equally corrupt leader, in the next five years, corrupt leaders disappear to make their money. Equally, rejected good leaders like Moses, Bildad Kaggia and Joseph Murumbi disappear from public service abandoning people to their own devices.

While voters are bribed for almost nothing during campaigns, in the subsequent five years of no leadership, they lose trillions of money that thieving leaders steal from them or development they donâ€™t deliver. All developed countries began with enlightened voters electing progressive, non-thieving leaders. On the other hand, poor countries are so because corrupt voters elect corrupt leaders who become big thieves while in power.

Voters are right to hate the greed of leaders. They must however hate their own greed more because being weak, they lose more from greed. To move this country forward, greed of all â€“ and not just MPs â€“ must be eradicated. Only then shall we save Kenya. But salvation must begin with the education of voters â€“ if they will listen.