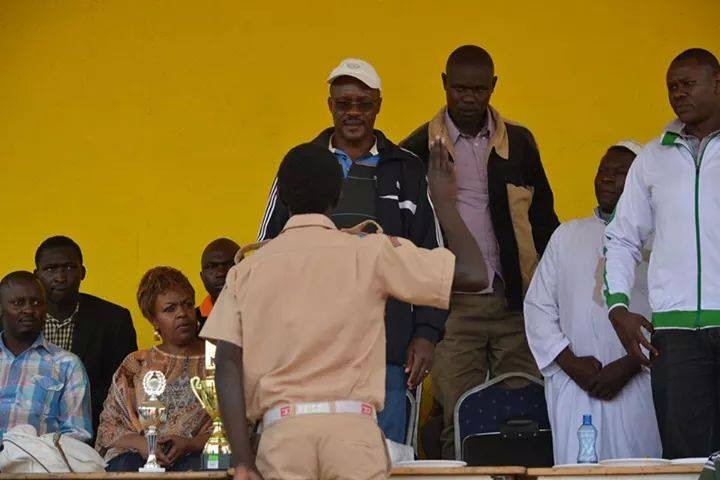 Many people know him as the man who managed or mismanaged Raila Odingaâ€™s presidential campaigns in 2013. The two words are however used intermittently depending on who is speaking and who they want to impress or insult.

It seems though that there is more to Owalo than the fact that he managed Railaâ€™s campaign. Let me briefly bring you to the world of Mr. Eliud Owalo â€“ the man whose political star is rising very first in ODM. Believe me, he is now a conundrum to most power brokers within the party.

Eliud is a long term management guru with over 20 years of experience. The guy is also a very articulate, tactical and astute politician. The mention of his name would make some political figures coil in fear. You know those politicians who behave like babies?

In rising to the hallowed position of Railaâ€™s campaign manager, he wasnâ€™t whimsically handpicked by Mr. Odinga due to his degree of sycophancy like some people we know. He literally earned it. He isnâ€™t the kind who would beseech Jakom for positions to achieve political goals.

He outwitted the many ODM busybodies, hungers on, armchair politicians and pitiable toadies coalescing around Raila by his unmatched ability to; fundraise, mobilize, organize and coordinate political functions through his â€œFriends of Railaâ€ lobby.

His rising star didnâ€™t stop there. He went ahead to head CORD secretariat until he resigned voluntarily this year. Oburu Odinga and Jakoyo Midiwo couldnâ€™t stomach having such bright and sharp mind around Raila. No, they hate such individuals. They only want fools around Jakom.

Unlike the naive sycophants oscillating around Raila like pendulum, Owalo is a different breed of a leader. He is one among very few politicians in cord and Luo Nyanza who are serious about making Raila the next president.

Even after he quit being the head of cord secretariat, he wasnâ€™t swallowed by the isolation of being out of power. He recollected himself and bounced back with the ardour of a lion a move that made juvenile politicians like Kibraâ€™s, Ken Okoth catch cold.

It is whispered that Owalo is eyeing Kibra parliamentary seat in 2017. If this is true, then here I tell you, the man from Asembo may just be the next big thing in the political circles. Unlike other silly politicians who thought they can shine if they scuttle Raila, Owalo has expertly crafted his ways.

The choice of Kibra is in itself very symbolic. Remember, this is the constituency that made Hon. Raila Odinga. As a crafty politician, Owalo understands that he needs a strong political base that will keep him afloat as he walks the murky waters that is Kenyan politics.

My crystal ball tells me that Owalo looks beyond Kibra. He has been of late sending very strong political message. He has met many high ranking politicians in both Nyanza and Western Kenya. These arenâ€™t moves taken by a man who wants to be just a mere MP. I doubt.

Having dealt with all and sundry, Mr. Owalo command respect and hate in equal measure. He also knows the right button to press. Something tells me that he has the right formula to deal with haters like Jakoyo Midiwo who will certainly stand on his way just to irritate him.

Has he started too early? This is arguable but methinks Owalo isnâ€™t the crop of politician who would make narrow-minded moves. The management guru isnâ€™t just ready for such inane mistakes this early.

Skilfully, Mr. Owalo seems to swerve from the traditional rudimentary approach given to politics by many politicians of the yesteryears â€“ largely from Nyanza. The belligerent politician has invested in a strong team of talented, creative, innovative and dynamic youth.

It is crystal clear that Mr. Owalo has his eyes on Kibra and beyond. The manner in which he has been able to win the admiration of most ODM bloggers canâ€™t be taken flippantly. I tell you, Eliud Owalo may just be the next big thing in ODM/Nyanza politics. Hold your horses.