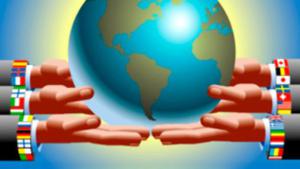 Empires, over time, have vanished, leaving only monuments and ruins, and so do governments. Yet, in their times of reign, no empire, kingdom or government can ignore the sacred place of polished diplomacy, unless it thirsts for ignominy.

Kenya has progressively seemed to lose the trust of her neighbours, is fast losing repute, and is expeditiously sinking into the abyss of international degradation. The craft of diplomacy is hinged on the excellence in speech and rhetoric, for the strength of one is the tongue, and it courts no argument that speech is mightier than all fighting.

Of course the Grand Coalition Government in Kenya after the botched 2007 elections was midwifed by diplomatic tactics and push. It seems it all ended there. The contemporary paradox of Kenyaâ€™s diplomatic quagmire is a version of diplomacy shaded image, and introduces a new perspective on the diplomatic chase board. They used to say that a diplomat is a man who remembers a womanâ€™s birthday but never remembers her age. Kenyaâ€™s diplomats have forgotten both.

My perspective is predicated on the recent cases of Kenyaâ€™s rift with Uganda of the â€œpiece of rockâ€ that is Migingo Island; Museveni calling the Pokots of Kenya thieves at the swearing-in ceremony of President Uhuru Kenyatta; the dishevelled relations with Botswana over ICC cases; the distrust by Tanzania in the pursuit of an East African Community and the ugly incidence where government officials and security forces were held hostage by the Nigeria government over the deportation of suspected drug baron Chinedu all are a pointer that Kenyaâ€™s respect was a flush in the pan.

The wall-to-wall negative image and the mountains of scepticism emerging each day diplomatically are sufficient evidence that unless Kenya emerges with prodigious diplomatic strategies, itâ€™s slowly but surely securing a cold place in the corner of pariah states.

To mend its badly dented international image and pursue its interests, solve its political problems, and demonstrate a progressive approach in international relations, the sagest track for Kenya is to embrace shrewd and tactful diplomatic excellence. No doubt about it. Diplomacy is the birth canal through which a countryâ€™s foreign policy is explored to exponentially position a countyâ€™s image to attain its rightful place in the international arena.

While the diplomatic engagements are strongly regulated and choreographed by the Vienna Convention on Diplomatic Relations of 1964, diplomacy is not static. It is fluid, swift and changes with times. Kenya must strive to pull up its diplomatic socks from the anklets. Undeniably, globalisation and a rapidly changing world have had an enormous influence on diplomacy.

I have learnt from the erstwhile intellectual giant Rudyard Kipling that words are the most powerful drug used by mankind, and I aver that no diplomat can ride the horse of success without the mastery of words. The mastery of international relations between states goes beyond text-book guided diplomacy-mapping strategies. Ancient diplomacy entailed secrecy, exclusivity, aristocratic and was arguably state centred. But contemporary diplomacy requires renewed wit, urgency and adroitness that is swift with the times.

As Sun Tzu quips, the supreme art of war is to subdue the enemy without fighting, and so it is with diplomacy. Kenya has been stampled on by other nations in silence, and if poisonous sneeze by Nigeria who detained Kenyan nationals is anything to go by, the clumsy way that Foreign Affairs Secretary Ambassador Amina Abdala and the fact that President Kenyatta and Deputy President William Ruto have be unimpressively silent are indicators that Kenya is going to be in the diplomatic woods for quite some time.

Foreign Affairs Secretary should drop the keyhole diplomatic approaches and get more creative. Then President Kenyatta should sack the ambassadors of Kenya to Nigeria, Uganda, Botswana and Tanzania because it is evident they need to learn how to be suave, shrewd and assertive. What is the use of having diplomats who seem to be ingredients in Kenyaâ€™s diminishing international influence?

The idea of diplomacy is, no doubt, showing up with a gun in one hand and a sandwich in the other and asking which one your opposite number would prefer. Kenyaâ€™s diplomats need to go back to the basics, learn how to equip their baskets, master the tricks of turning tables in Kenyaâ€™s interest, and keep Kenya on the map.

The author can be reached through jbigambo@interthoughts.co.ke