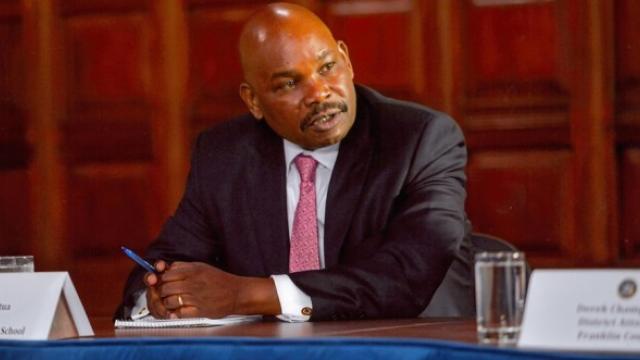 The terrorist attack at Nairobiâ€™s Westgate Mall could not have come at a worse time for the East African country. Since the 4 March election, Kenya has never been more divided along its sharp ethnic cleavages.

All one needs to do is to listen to the political discourse â€“ and the chatter on social media â€“ to see how utterly broken the countryâ€™s political landscape has become. Uhuru Kenyatta, the scion of Kenyaâ€™s founding president, Jomo Kenyatta, won that election against former PM Raila Odinga. But civil society, Odinga supporters included, believed the election was deeply flawed â€“ despite the Supreme Court declaring that Kenyatta was validly put in power. In other words: a legally elected president viewed by many as illegitimate. The perception stemmed largely from the flawed 2007 election and what followed: his and his deputyâ€™s indictment by the International Criminal Court for crimes against humanity â€“ killings, rapes, other offenses.

Elected on an anti-ICC platform

Kenyatta and Deputy President William Ruto were on opposite sides in 2007. Their respective ethnic groups â€“ the Kikuyu and Kalenjin â€“ viciously attacked each other in crimes for which the two heads of state are now on trial.

The two indictees came together in 2013 to demonize the ICC and whip up tribal sympathies. They were elected on an anti-ICC platform â€“ calling it a â€œwhite manâ€™s courtâ€ that â€œhuntsâ€ African leaders. They accused civil society and their opponents of working with the West and the ICC to deny them leadership. They have since been accused by the ICC of bribing, disappearing and even killing witnesses. Both are very adept at propaganda and spin. They have carried out a naked campaign of demonizing and intimidating civil society.

But in the 2007-2008 post-election mayhem, many more Kenyans â€“ over 1,300 â€“ perished than this past week at Westgate Mall. I vigorously condemn the al Shabaab attack. But it cannot be used as a masquerade to let Kenyatta and Ruto go scot-free for crimes against fellow Kenyans. The Security Council must see any request for a trial deferral as the cynical move that it is. So should Americans and European democracies that oppose impunity. The ICC is the only court that can give justice to the victims of Kenyaâ€™s post-election violence.

Makau Mutua is dean of SUNY Buffalo Law School in New York. He is also a professor there.