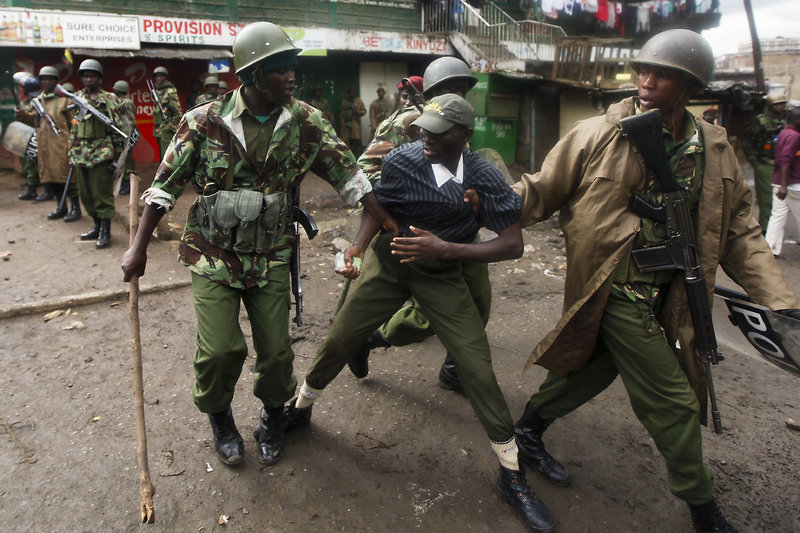 It used to be we were only afraid of the state and its capacity for illegitimate violence. We blamed politicians, not opinions, for inciting tribal clashes. It was the government, not citizens, which gagged the press or forbade dissent.

Welcome to the Republic of Fear. Where terror rules and citizens are frightened of what lurks in the dark recesses of their hearts. It is a country where no questions are allowed which may break uncomfortable silences or awaken the ghosts of deadened intellectual faculties.

This is the nation we are building in Kenya- a country of official truth. When citizens feel disenfranchised by bungled elections, we tell them to shut up and keep the peace. Wait for the Supreme Court to tell you what you should or should not think. Do not trust yourself, just as we do not trust you.

Well, the Supreme Court has given its ruling. The election and declaration of Uhuru Kenyatta as President-Elect were done in conformity with the law. That is the official truth. We will wait for two weeks to learn of the reasons underlying it. In the meantime, we are told to keep calm. In the Republic of Fear, inconvenient opinions and uncomfortable thoughts are banned. But, unlike in the past, this is not a ban enforced by the security agencies. It is imposed by mobs of citizens which roam our airwaves and digital superhighways, armed with virtual machetes and ready to hack away at the first hint of free thinking.

We have already let them burn down the temples of dissent. Our famously rumbustious press now remains mute when expensive BVR kits and results transmission systems donâ€™t work and when the IEBC presents woolly sums, and when protestors (today called rioters) die following the Supreme Court verdict. Our civil society organisations have been silenced by dubious allegations of pursuing foreign agendas. When politicians kiss and make up, “historical grievances” and the IDPs they have generated disappear.

Only official election results matter -or more accurately, only the official version of election results matters. Media houses with reporters on the ground at all polling stations cannot call the election as their sums may differ from official tallies. And if they do differ, they are not to ask questions. The official truth trumps all! Today our journalists are reduced to performers and comedians â€“ a role they seem to have accepted with relish as cheerleaders for the â€œKeep the Peaceâ€ and â€œLetâ€™s Move Onâ€ bands.

But what exactly are we moving on to? Rather than signal Kenyaâ€™s rise from the ashes of the violence of five years ago, the elections have revealed just how much further we still have to go. We have spent the last half-century of independence in a battle against the state, in an effort to tame and reform it. In large measure, the peopleâ€™s triumph, as reflected in the new constitution, has turned out to be a hollow victory. The struggle against the state obscured a much more fundamental challenge. With these elections, that mask has been removed. It is now obvious that the real enemies lie within. It is our passions and minds that need reforming. It is our fear and distrust of one another that need taming.

No longer can we just blame a thieving political class. It is rather a time for deep reflection on our own conduct and beliefs. The media can and should lead this effort. It is the least they can do to begin to atone for their own conduct over the last month.