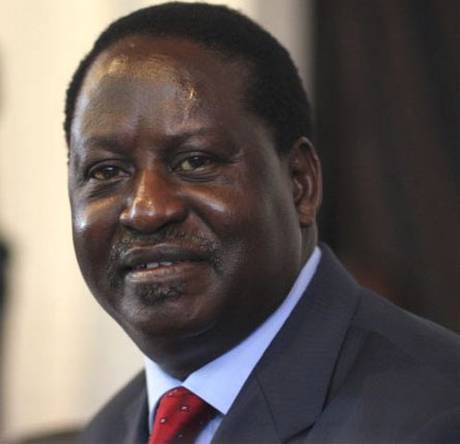 For the first time in a long while, I am starting to feel some hope. Hope that the veil of darkness and silence that had descended upon Kenya following the election has begun to lift. It may be that it is always darkest before the dawn. Just when those of us insisting on an examination of what went wrong were beginning to feel anachronistic, a typically Kenyan piece of political theatre has brought the whole â€œaccept and move onâ€ charade to a screeching halt.

It all begun with Kethi Kilonzoâ€™s nomination for the Makueni senatorial seat left vacant by the death of her dad and ended with the incompetence of the Independent Elections and Boundaries Commission put on full display. Today, it is immaterial (though it shouldnâ€™t be) whether Kethi lied about being a registered voter and whether she presented fake, forged or stolen documents to bolster her case. The spotlight is squarely on the IEBC which has been shown to have used differing standards to register voters as well as an inability to maintain an accurate and consistent record of how many voters it had actually registered, whom they were and when it registered them.

Coupled with its inability to verify that info on voting day following the widespread failure of the electronic voter identification system as well as the inability to verify vote counts following the failure of the electronic results tallying system, this inevitably calls into question the credibility of the election and its declared result. That doubt is further reinforced by the fact that more than four months after the election, the IEBC is yet to publish the full results of the election amid reports of difficulties explaining the one million voters who seemingly only voted for their choice of president but not any of the 5 other races, behaviour that no electoral observer seemed to have witnessed.

The Kethi show has exposed the wall of silence and denial and, in the light of its revelations, it seems Kenyan society is beginning to wake up to the possibility that it may have been the victim of massive fraud. This awakening is being led by the media. â€œToday there was an all-out war by the media on IEBC, did we miss the bus three months ago?â€ tweeted KTN journalist Dennis @Donsarigo after apparently suddenly discovering the multiple voter registers.

In the wake of this realisation, the Law Society of Kenya also seems to have realized that letting the IEBC conduct an audit of its own performance is not necessarily a good idea.

â€œThere is no way you can audit yourself that is why we have started our own independent investigations that would look into IEBCâ€™s conduct following the last polls,â€ declared its chairman, Eric Mutua.

Aside from the IEBC, there is another institution that will need to be scrutinized. Given all the inconsistencies, incompetence, contradictions and outright fraud that is being brought to light, the Supreme Court of Kenyaâ€™s declaration of the election as free and fair looks tenuous indeed. Basically, the court would have us believe that a dubious voter registration exercise, dubious voter registers and a dubious vote tally delivered a credible election. Chief Justice Mutunga and his 5 colleagues have some explaining to do especially after they refused to consider all the evidence and issued a joke of a judgement.

Finally, we may feel the need to re-examine the constitution and electoral laws. For example, we clearly need to have a longer period between the actual election and inauguration to allow for proper hearing and disposal of presidential petitions. Other issues arising from a proper audit of the roles played by the IEBC and the Supreme Court in this tragicomedy may also point the way to other necessary legislative reforms.

But, more than all these, I hope it will lead to a real soul-searching among the Kenyan people. How could we let ourselves be so easily blinded and misled? How were we so easily stampeded into our tribal stockades? How did we end up with a government headed by persons suspected of the most heinous crimes against humanity, a senate and parliament peppered by suspected drug barons and ex-cons and whose members seem only keen on self-aggrandizement? How is it that our devolved county governments seem to be little better? How come all our politicians seem little more than bigoted tribal kingpins, what John Githongo describes as â€œKenyaâ€™s most committed tribalists, thieves, liars and anti-Kenyansâ€?

The book Wars, Guns & Votes: Democracy in Dangerous Places by Paul Collier offers some interesting insights. His research reveals that democracy, at least as practiced in the ethnically diverse societies of â€œthe bottom billionâ€ -what used to be called the third world- has led to increasing polarisation, increasing conflict and has driven the honest and meritorious out of public life. Sound familiar? The key phrase there is â€œdemocracy as it is practiced.â€ For we do not really practice democracy. What we have are elections but no real choice. We have a constitution but not the rule of law. A free press that tell us nothing. We have the facade of democracy, even sometimes the language of tolerance and universal rights, but very little of the substance. It turns out, though, that while actually being a democracy is very good for poor countries, pretending to be one can be very bad. And that is what weâ€™ve been doing.

It is time we got back on the reform bandwagon and became serious about democratizing. Only this time, we must begin by reforming and democratizing ourselves. We must stop the pretense. And we must begin by insisting on the rehabilitation of civil society, our guiding light in the dark days of autocracy (which, by the way, is way worse than pretend democracy). Actually, we should beg their forgiveness for the way we have allowed them to be mistreated and misrepresented. Thereafter we must together begin the task of self-examination. The now-forgotten TJRC report would be a great place to start.

This can be a proper Jubilee year, not just in name, a fake foisted on us by a bunch of politicians. It can be the beginning of a period of recollection, restitution and forgiveness. We can begin to understand the and resolve the problems of the past and put those ghosts to rest. And we can together agree on what needs to be done about the last elections and begin to chart a way forward. If we do so, in 5 years time we can celebrate a true milestone along the path to true democracy and nationhood.

To read more of Patrick’s views and opinion visit his blog http://gathara.blogspot.nl/, follow him on twitter @Gathara.