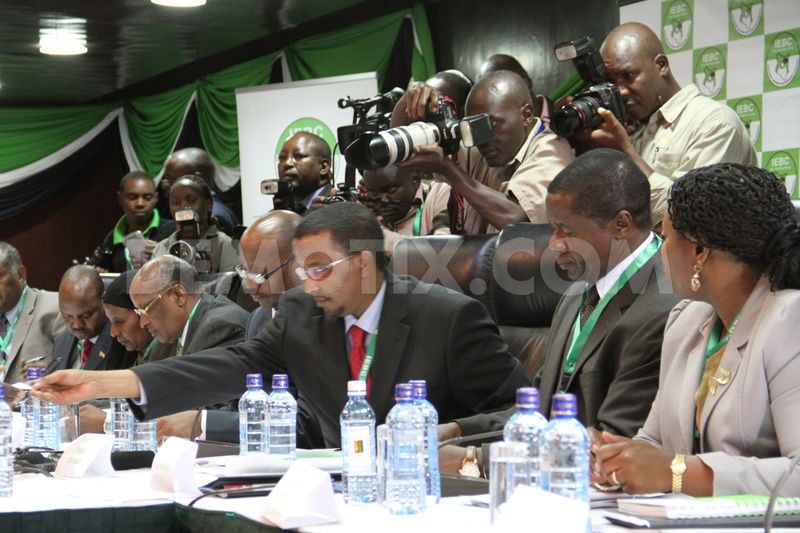 [wpsocialite]
Truth can be a very inconvenient facet of life. It rears it head, which is often ugly, at the most inopportune moments. Moments when it does not suit our individual interests. But the fascinating thing about Truth is that once it is faced squarely and head on, it bears Justice. And where Justice is borne, a peace that biblically described, “surpasses all understanding,” comes to be.

A section of Kenyan society has been singing the praises of our fourth estate commending them for “a job well done” during this election cycle. I profoundly beg to differ! It is my considered opinion that the Media has been one of the greatest failures of all our society’s pillars at this important juncture of our history. This is not a personal attack but rather a challenge that seeks to motivate our press corps to do better. I attempt to explain my reasons below.

I have great qualms with the systematic campaign pushing the so-called peace agenda without a corresponding call for a free and fair process. Do not mistake my intentions, I am in no way a proponent of violence in any shape or form. However, the Media’s base call for peace simplified a rather complex matter and patronized those skeptical of the electoral process. It ignored their genuine concerns and resulted in exactly the same outcome of the 2007 poll minus the violence…A deep sense of injustice!

When South African Justice Johan Kriegler was recruited by the Kenyan people to review the mistakes we made in our past that led to the 2007/2008 post election violence, it became evident that the spark that lit the flame was a deep sense of winner-takes-all and subversion of the sovereign will of the people that left electoral losers and their supporters feeling disenfranchised. This time around, the Media was more concerned with brushing this under the carpet than the pursuit of truth no matter where it led, no matter who it worked for, no matter who it worked against as is the call of the noble profession of Journalism.

The decision to black out several of CORD public addresses amounts to censorship. We have in the past 50 years of independence fought tooth and nail for the freedom we enjoy so callously today, only to be taken back decades within the span of a week by the decision to decide on the behalf of the Kenyan people what they should know and what they should not know. Where is the balance? Where is the objectivity?

Also, as a Kenyan people, having decided that the last thing we wanted was to return to the dark days of post election violence, we reformed our Judiciary and made the resolution that any disputes arising from the elections ought to be addressed in court. It was interesting to note that when the Rt Hon Raila Odinga made the announcement that his Coalition sought to pursue this line of recourse, a section of Kenyans voraciously called on him to concede. This, despite him making it clear that it would have been his greatest pleasure to do so had he deemed the contest free and fair. Are we now a Society that wishes to eliminate avenues to justice when they seem to be a bother to our convenience? Injustice anywhere is a threat to Justice everywhere. Today, it might be the CORD coalition that is aggrieved, tomorrow, it could be another. Regardless of political affiliation, we must protect due process for we never know when we might require it!

Moreover, the very concept of democracy is founded on dissent. That everybody deserves the right to be heard regardless of how inconvenient it is for the rest of us. Without opposition to any one agenda, we end up with a substandard set of ideas and systems. Improvements can only be achieved with accompanying challenges. This is why the path that Raila Odinga has chosen to take is so important. If not for this generation then for that of our children and our children’s children thereafter. It is imperative that a precedent is set that allows recourse in the event of dispute.

As the young people of Kenya, I urge you all to think objectively on whatever you are presented with both on mainstream and social media. Our fourth estate is indeed fallible…Capable of error in spite of honest intentions. The truth is out there, do not tire in pursuit of it!