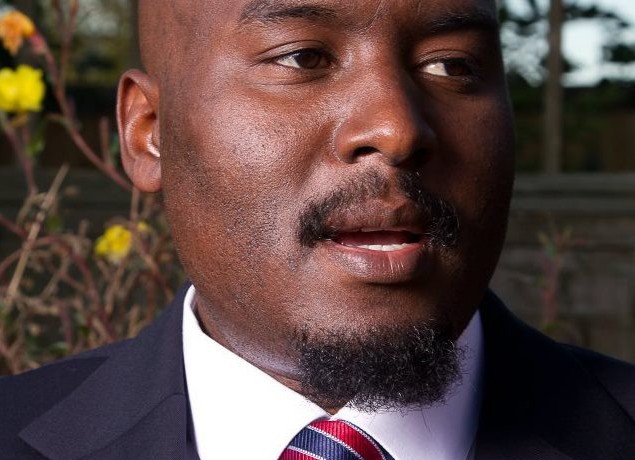 I am deeply saddened following the events in Kenya, in which internationally wanted criminal suspects have been declared as president and deputy President of that African Iconic republic! Sadly for majority of our people, this long and much anticipated baby, whom we according to tradition had named Democracy developed complications due to artificial asphyxiation, caused by those were entrusted with the responsibility of her delivery.

The birth was botched up cutting off oxygen for long hours! We also suspect that the baby was dropped intentionally in an effort to fulfil the will of those with impunity. At this moment, we are headed back to the intensive care unit â€“ where surgeons of the law will carefully sew together the damages with the hope that, despite the near miss, we can revive and deliver hope for the people who have long been under the yoke of tyranny, corruption and horrendous shameful governance.

I want to take this opportunity to thank The Hon Prime Minister Rt. Hon Raila Odinga for his controlled manner and message for the people to remain calm and patient during this trying time. There is humongous evidence of irregularities and what a shame, the amount that has been spent on this exercise cannot justify the absolutely ridiculous results that are now being paraded on screens. I warn you, those who sneer and take Kenyans for granted â€“ your days of impunity are numbered!

May I also congratulate The Hons. Peter Kenneth, Paul Muite, Dida, Prof Kayiapi and Lady Karua for their brave participation and a dog-eat dog fight that saw them thrashed in numbers. This has always been the reward of good prophets! Youve got to wear sack cloth for the people you were trying to save!

We have a history and we know what would be should our country be under the leadership of those who should be answering for the roles they played in the murder and displacement of fellow Kenyans. It doesnâ€™t matter how long it takes. Impunity will thrive unabated! Nepotism, marginalisation and reward for â€œfriendsâ€ will be the order of the day! It is going to be rogue connection with some undesirable underworld that has been threatening the judiciary! We have grown up in a country where acquiring your National Identity card has to involve a bribe! Treatment has to be if you know someone â€“ and jobs â€“ based not on merit, but tribe, connections and bribes! With Uhuru, we forget about historical injustices â€“ greed, displacement and politically motivated murders under his father and mentor, former President moi. I donâ€™t want revenge, just the truth! In any case, most of the culprits are dead anyway! I have no intentions to resurrect anyone to punish them â€“ but a straight record so we can begin to heal. That and many more opportunities are threatened.

I want a Kenya in which ALL Kenyans from Mandera to Isebania, Lungalunga to Olitokitok â€“ Wajir to Busia and Namnga through Kiambu to Isiolo â€“ are all sharing and enjoying the little we have. In fact, our cake is huge â€“ we just need a Raila CHAVEZ Odinga to cut it out nicely for everyone! And I want Raila to know, that I am still here â€“ fully behind him! He was in prison so I can be free. He has championed for a Constitituion that now allows us to negotiate without biting one another â€“ without being beaten!

For those celebrating, I ask you to shelf your drinks and put back the dumplings â€“ it is not a time to celebrate. Even if Raila had been declared today, there would be no time to celebrate when some Kenyans live in the streets begging! So listen, there is a petition. Until the petition is resolved fully, we cannot celebrate. If you must, then bear in mind we may just have the last laugh! It is not over!

We are caught in a situation where our people are polarised, and isolated from the international community. Today I wear sack cloth and keep vigil by the door at the Intensive Care Unit, praying, boycotting to continue wander in the wilderness. Behold the lies on their lips! Ruto was just caught the other day doctoring a title deed in his favour! You’ve got to be either a fool or extremely gullible to accept what Kamau wa Ngengiâ€™s son was saying today!