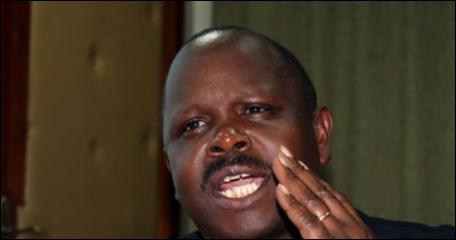 By Cliff Ubba Kodero
Kenya Needs a Referendum on Devolution, the Question is when?
There is a political whirlwind in Kenya. In less than four months, Kenyans are already divided right in the middle about the need for a constitutional reform for the sake of saving the constitution overwhelmingly passed in the year 2010. I would not be wrong to argue that majority of the Kenyan populace would like a successful implementation of the devolution framework as stipulated in the Constitution.

Devolution is heart and soul to the common populace who feel left out of power and economic trickles in the so called â€œmashinaniâ€. While the desire for devolution to work is a given, Kenyans are ripped apart on how devolution should be realized. Whether Kenyan should have a referendum on devolution should not be an issue, the issue should be when the referendum should be held.

It is a common fact that for devolution to work, Kenyan society must change the structure of the Law to allow for flexibility on the protected clauses. One such clause is the demarcation of the responsibility of the central government and that of the county government. The second one is the function of the National Assembly relative to that of the Senate. As the structures currently stand, a constitutional change would be the only way that can solve the crisis.

Many Kenyans, blinded with their strong attachment to ethnic and political hatred, do not realize that the continual disrespect shown by member of the National Assembly towards the Senate and the Governors is injurious to devolution. Second, the executiveâ€™s continual dominance by playing carrot and stick game with the custodians of devolution have created wretched path that would create a deeply strenuous relationship within the devolved system.

Kenya is no longer a single Unitary State. Kenyan is a devolved state with 48 governments. Forty seven of these governments are within the counties, and 48th government is based in Nairobi. While the Nairobi government is the epicenter of the executive, it has no full control of the workings of the counties except on matters that are clearly defined on the constitution. It is thus important for the distinctions to clearly drawn.

It is for this reason that Kenyanâ€™s need a referendum to perform this role particularly on the role of the National Assembly and that of Senate, and also the powers of the Governors versus the executive. The question which many must ask is: when do we need the referendum?

Is now the right time for the referendum? Some proponents argue on the common Swahili saying that when you want to fold fish, you can only do so when it is still fresh. They say that governorâ€™s powers and those of the Senate must be stamped right now to avoid sequential disrespect from the National Assembly. The executiveâ€™s commitment to devolution is questionable, and the oiling of the devolution should be done now to avoid future disarray. While this group is right all matters constant, I think that the referendum should be held later and not now.

First, we need to restructure the IEBC so that it has the capacity to handle future elections in a manner that is trusted by the Kenyan public. Half of the Kenyan public doesnâ€™t trust the IEBCâ€™s even though the Supreme Court had vindicated them. Second, Kenyanâ€™s are psychologically tired from an election and would like to rest before being subjected to another election. Kenyan must get off politics for a minute and allow the executive to work. Upon their failure in one or two years, would it be accurate and morally right to ask for a referendum.