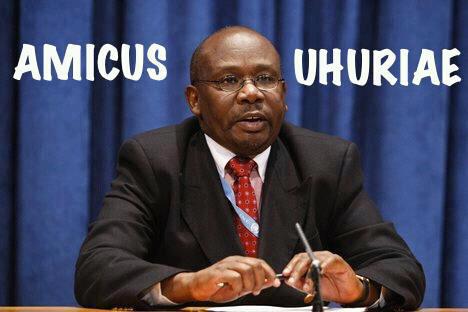 The debate around the use and misuse of the national flag has been deeply excruciating to any student of culture, power and politics in Kenya. Back in the day, when there still existed a clear distinction between lower primary and upper primary; nothing made me admire my elder sister and other older cousins more than school assembly days-Mondays and Fridays-because of two things: the ceremony around hoisting the national flag at 8am and the wonder of the English language when spoken by school prefects then!

In the latter, let me introduce you to my world during infancy. Until class three, whether it was a promulgation of the education curriculum, the lower primary was under no obligation to wallow in the Queenâ€™s language, and yes; I must admit, I did not know how to converse in it. The upper primary enjoyed this, because in order to keep us in our cages, they only needed to change the language! Such were the dangers of living in the village. Do I regret? My friend I donâ€™t! Am I a poor English language writer or speaker? Again, I doubt.

The enduring debate, as to whether County Governors should fly the national flag reeks of tonnes of official self-entitlement by a certain caliber of Kenyans in the civil service and political bureaucracy whose sense of patriotism and nationhood waned long time ago. Why the fixation with the national flag? What is it in the national flag which makes it so special as to be a preserve of, say, a clique of less than ten public officials? Who owns the national flag? Is it the government of Kenya or the people of Kenya?

The national flag is a symbol of the nationâ€™s struggle with a savagery past. The national flag is an emblem of hope; it is where our collective aspirations of a future of an all-inclusive country lie. Today, in a country so polarized by ethnicity and official fear: the fear of Uhuru Kenyatta and William Ruto, the fear of â€˜annoyingâ€™ Kimemia, the fear of Mzalendo Kibunjia and his hate-speech commission, the fear of the judiciary, the fear of Kimaiyo, the fear which comes with the sad realization that the Attorney General is not your amicus after-all, the fear of rogue journalists in a runaway press, the fear of online Jubilee Alliance bloggers like Denis Itumbi and Bogonko Bosire, and their army of irrational and illogical soldiers; the national flag is the only item in the custody of this government which a disenfranchised lot want to have as their own.

Here at home, the national flag is an official fiat. It is so steeped in political posturing and tribal correctness that the nostalgia it used to carry has all but faded. When a crowd of legislators accompanied the current president-elect during his first appearance at The Hague, many were draped in the national flag!

Turning the national flag as a commodity for exchange in the foggy political stock market has weakened the sense of nationhood (if at all it ever existed) in a very elemental way.

We have a millennial generation growing up knowing that the national flag belongs to government functionaries and politicians who get the better of the serving presidentâ€™s ass with no much ado. We have intellectually demented kindergarteners who liken the national flag with the mortal president, or a dead important person, when it is hoisted half-mast for whatever mourning period the president deems adequate to shed all crocodile tears, like happened in the Saitoti-Ojode tragedy, all because we, the people, are so selfless as to say no even when their political system is suffocating us.

So governors must fly the flag. The people must begin to revolt because only then can we be sure that this government, this tyranny, this ethnic hegemony of the Kimemias and Muigais of this world; can come to an end.