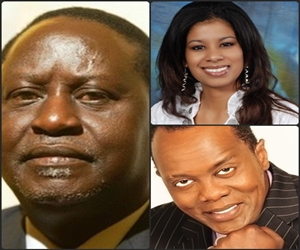 By David Olusi
‘Any Dictator Would Admire The Uniformity And Obedience Of The Kenyan Media.’ The media is supposed to be custodians of the facts and watchdogs of government but what happened on the Saba Saba day is that the media, for the most part, neglected to be either of those things and decided to go to bed with the government.

The handful of men that own most of the media outlets in Kenya today either have an interest in reflecting establishment views or identify with a particular political ideology or ethnicity. It is now evident that the most ethnicised media is trying to marginalize the opposition ‘CORD movement.’

The fact that much of the big media outlets in Kenya are owned by people from one tribe or two tribes combined forming the so called tyranny of numbers of tribesmen is itself unacceptable and should be a subject of a referendum for a quick fixing because weâ€™re not getting editorial policy, weâ€™re not getting a vision of truth. People just donâ€™t know what is going on anymore, and thatâ€™s really dangerous stuff. The quality of democracy and the quality of journalism are deeply entwined and should not be compromised.

An unconscious people, an indoctrinated people, a people fed only by partisan or ethnic information and opinion that confirm their own bias, a people made morbidly obese in mind and spirit by the junk food of propaganda is less inclined to put up a fight, ask questions and be skeptical.

And just as a democracy can die of too many lies, that kind of orthodoxy can kill us, too. If we are to have the public conversations essential to taking on serious dilemmas and enigmas from insecurity, corruption, impunity, tribalism, devolution, high cost of living, unemployment to institutional reform, we need forums for those conversations, but still the media can facilitate the conversations or shut them down.

They can open up or constrain our beliefs about what is possible, what is desirable, who is deserving, and which perspectives are legitimate. “Serving democracy and nourishing the common good is, for the media, something that requires not only attacking corrupt secrecies in a society, but also defending non-corrupt communication” Rowan D. Williams. Therefore a flourishing, morally credible media is a vital component in the maintenance of genuinely public talk, argument about common good, inclusiveness, and cohesion.