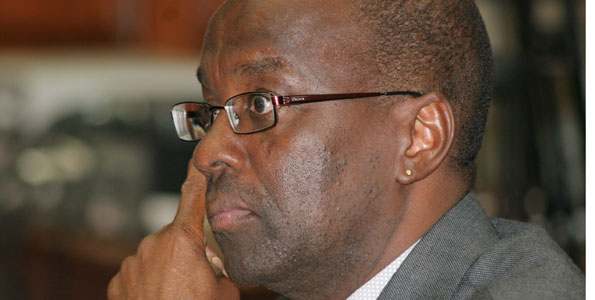 The government has three arms, the Executive that governs with laws, the Legislature that makes laws and the Judiciary that extracts justice from laws and serves it to the people.

After dismissal of Odingaâ€™s petition against the election of Uhuru Kenyatta as president by the Supreme Court, it is timely to interrogate whether judicial reforms are still on track or not.

Courts adjudicate upon conflicts by interpreting the law in a manner that enhances rights, freedom and fairness or justice for people. If courts are not for justice, they are instruments of injustice. Ideally, judges should be liberators and protectors of justice, freedom and rights but past dictatorship has used them as tyrants who have choked people with lack of freedom in their courts turned into abattoirs for slaughter of peopleâ€™s rights and freedoms.

We interrogate the state of our judiciary because for the entire period of Kanu one party dictatorship, our judiciary was used as an instrument of oppression while judges were used as tyrants rather than liberators.

When one party dictatorship collapsed, there was necessity to reform the judiciary from an instrument of oppression to a protector of peopleâ€™s rights and freedom.

To reform judiciary judges and magistrates must be freed from corruption, employment and dismissal by presidents who use their power to dictate judgments to them.

Judiciary is also reformed by instilling in judges the sole responsibility of dispensing justice. Judges must also be freed from the misconception that to succeed, a judge must be a tyrant in his or her court.

So under judicial reforms how different are the courts?

To begin with, reform is not just about new judges, better salaries for judges, changing color of Judiciary from red to green, increasing number of judges, computerizing court records, new buildings for courts and greater independence for judiciary. The number one reason for judicial reforms must be greater justice. Without greater justice, reform will be tasteless.

From an examination of recent judgments, if judicial reforms have stopped, they have done so before they are fundamental enough to guarantee greater justice and survive a serious assault from conservative judges who may be neutering reform from within.

But to restart or keep judicial reforms on track, certain judicial principles must be applied in all judicial deliberations and judgments.

First, the primary responsibility of the judiciary is to protect freedom, rights and justice. The judiciary will fail if misguided into putting peace, stability, unity and other status quo values before freedom, rights, equality, justice and other values that promote humanity.

Third, justice must not only be done but seen to be done. When hearings of a case are televised live, the general public has the intellectual capacity to judge whether the resultant judgment is just or not. To think only judges can understand justice is unfair and self-deceiving.

Fourth, for judges to appreciate public opinion over justice, they must acknowledge justice is not rocket science and people can tell between justice and injustice. As eaters and not cooks are the best judges of food, best judges of justice are the people and not judges. Will anybody need a cook or a judge to tell him that food or judgment has sand or too much salt in it?

Fifth, nothing impresses more than the judicial phrase, â€œLet right be done, though heavens fall.â€ Other than what is true, fair right and legal, nothing else should come between a judge and his or her judgment. A judge should deliver justice however expensive even if lawyers warn heavens will fall.

Sixth, justice is not only legal but also moral and right. As Jesus said that â€œLaw is made for man and not man for law,â€™ justice springs more from morality than legality. While judges may correct the law to get justice, it is an injustice to kill a right in judgment.

Seventh, justice is about righting wrongs. Justice is sterile and useless if it does not right a wrong that is complained about. And as a doctor is not excused of the death of a patient because his error was small or technical, a judge does not excuse an injustice because it is occasioned by a small or technical error.

Eighth, there can be no rule of law without justice because when citizens are denied justice, victims of oppression and denial say goodbye to the rule of law and take recourse to violence that can never allow peace or development.

Our struggle for second liberation was also a struggle for justice denial of which was harrowing for us. Justice must never be slighted because there is no democracy without it. For the weak and poor, justice is a matter of life and death and to them, judges rank only next to God. Because they can wreak untold pain and ruin, court judgments should be made with maximum sensitivity and care.

Imagine the pain and ruin of family and livelihood occasioned by a 6 year detention without charge or trial and torture, plus another 4 year sentence and 6 strokes of the cane casually sanctioned and imposed by courts for uncommitted crimes.

Kenyan voters failed to reform political leadership in parliament and government. If judicial reforms are also lost, there is fear dictatorship and violence could return to our political life, God forbid.