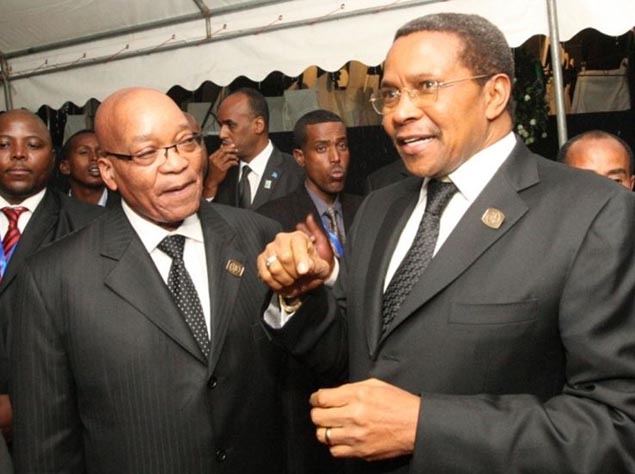 To All Kenyans and Africa at Large

Three Kenyans brothers who are waiting for their trial at the ICC should not panic and get worried,Â  because being named by ICC doesnâ€™t mean that one is guilty till be proven.

Kenyans need to show the world community that, weâ€™re a mature nation by not calling for the pull out from the ICC membership.
Instead, our fellow Kenyans should challenge what other world leaders do by not hiding from the international crime court. I congratulate the ImmediateÂ  Former Eldoret North MP William S. Ruto for his first announcement that is ready to appear and cooperate with the International court, this give moral to other named people to be ready to appear at the Hague court.

Those who are calling for the Africa Countries to pull out of the ICC are very wrong and are part of impunity in Africa; our respect cannot be lost just because of few individual who are not willing to take political responsibilities.

As a positive leader one has to take responsibility and let the law decide but not hiding on the back of his community and calling for unnecessary actions.

As a great nation, Kenya is bigger than an individual. We all have to put our nation first before individual interest, regional or tribal politics us this will further divide this country, we need to focus on unity, love and peace as Retired former president Hon Daniel Arap Moi used to always remind us.

The African Union Heads of States who passed the motion on African Nations withdrawal from the ICC should be investigated over their motives because I believe there have not taken there responsibility as wise leaders of this Continent.

IÂ  hereby call for Kenyan not to accept all the unnecessary reports, meetings and their motives towards calling for Kenya case against Hon Uhuru Kenyatta to be brought back to Kenya.

The claim that ICC is another form of colonial and thus exercising imperialism by focusing on African suspects in its investigations only, shouldnâ€™t be regarded as an excuse.

Its total shame for our leaders to vote for the removal of our country from the ICC membership, Hopeful Mr. President wonâ€™t write and sign for the withdrawal of Kenya from the international community court.

Kenyans will never forgive such leaders and as we have just come out from peaceful election even though with lots of unrealistic verdict by the supreme court of Kenya, we have high hopes of voting out such leaders and coming up with leaders who will respect democracy and international integration, leaders who will be in front to fight for development and peace round the world at whatever cost.
But not leaders, who dare hide back their tribe masques whenever there are problem or scandals just to attain there selfish motives.

Therefore, let our leaders re-think and revisit the issues of ICC and respect the country international integration, let there be peace and those who have been named by ICC should cooperate and wait to be cleared by the Hague court.
For the entire globe is watching our activities concerning the ICC as this should be clear to our leaders, Also they should understand that there not the first and theyâ€™re not going to be the last leaders of this country.

Our former regime, fought hard to be integrated into the ICC that should be in the minds of those who are pulling out our country from the court established under Rome status which Kenya is a signatory.

Let all good citizens fight for democracy in our country and even round the world, what we have achieved should not be washed away by such leaders who do not think wisely.
For the good leaders, would cooperate and avail them to the international criminal court.
Lastly I believe our three named Kenyans by the International criminal court will be available to the court at any given time and give the law an opportunity to judge them.

I can confidently say that the African Leaders wants to take us back into colonial period but in another angle of “BLACK COLONY”. Reasons are of the issue of claims that ICC is embarrassing the Heads of States from Africa by using Kenya and Sudan cases currently at the Court. To the best of our knowledge on the Kenyan case, Uhuru Kenyatta went to the poll knowing very well that he had a case to answer and as to us we don’t see ICC embarrassing him. We are of the contrary opinion that we must obey the ICC because it stands as the savior to the poor innocent Africans who are being subjected to the black colony of the current leaders in Africa.

Example is of Uganda and Zimbabwe among others. We as Africans we must stand strong to stop our Leaders in taking us back to the second colony. It is very unfortunate that they seat in Addis Ababa Ethiopia to only discuss and pass the motions which are to their own benefit while the continent is being swept away by the Insecurity, Poverty and lack of sustainable economical and political development. With the spirit of Pan-Africanism founding Leaders like Tom Mboya, Martin Luther Jr and others, we must rise up African and shun down this Leaders. NO WITHDRAWAL FROM ICC.