Uhuru got Kibaki’s Office and House. Ruto got Raila’s Office and Kalonzo’s House. Raila, Kalonzo and Wetangula are down South licking their wounds. The question is; What did YOU get? And don’t give me none of that ‘Jubilee vs CORD’ or ‘Kikuyalenjin vs the Rest’ poison they’ve left you holding! Before hurling insults or mistreating another Kenyan on account of the elections, please ask yourself if the hate we feel for each other is natural or ‘manufactured’.

Take note that the NSIS are an active component of our politics these days. While at it, remember that the white colonialists used ‘divide and rule’ to divide and rule us. Why would the black colonialists change a script that is working so well for them?

Why, pray tell me, did Jubilee turn the swearing in ceremony ~ a most sacred state function ~ into nothing short of a Jubilee rally? Why are our TV screens still awash with IEBC messages telling us to accept results, maintain peace and ‘move on’ long after IEBC, and the Supreme Court settled the matter and the petitioners went to South Africa?

Why have the Police TWICE issued alarmist statements about Kenyans planning to butcher other Kenyans, only for no one to do any such thing? In whose hearts and minds do they wish to strike fear and enhance the ‘siege mentality’? Who wants to turn our most populous community into a bunch of unthinking ‘electoral robots’? Or

Who gains ~ and who loses ~ from a watered down devolution system? We all gain, but none as much as the ‘Wanjikus’ of the Coast and Rift Valley Provinces, but guess one of the places that is likely to side with the national governmnt as it goes round usurping County governments’ powers and resources ~ the Rift Valley! Why? Because these CORD people must not be allowed to bring down ‘OUR Jubilee government’!

What does the anti-ICC tone of some of the speeches at the ceremony portend? If the West ~ for instance ~ cuts all funding for the ARVs, will China step in? If she doesn’t, will AIDS patients in ‘Jubilee strongholds’ be spared the scourge that will ravage us?

Are laptops for our Standard one kids really a priority? Doesn’t the 6 billion bob that is about to be flushed down the drain in the form of UNSECURED interest free loans to youth include tax shillings from ‘Jubilee damu’ tax payers? Who then, were the REAL winners and losers at the poll?

A co-owner of the Company that was initially unfairly awarded TV rights to the swearing in ceremony is called Bruce Odhiambo ~ a Luo ~ and a former classmate at St. Mary’s, and childhood friend of Uhuru’s. These are the REAL Jubilee. And oh! Did I tell you that Rachel Shebesh was barred from accessing State House? Well, she was!

There are an awful lot of mouths angling for space in the feeding trough. All those cartels of vultures from the 1st Kenyatta, Moi, Kibaki and the 2nd Kenyatta presidencies are circling above for a piece of the carcass. That is why a bird as strange as Shebesh must know that campaigns are over, and if she wishes to see ‘His Excellency’, she must wait her turn ~ like everyone else ~ for a quick word along the corridors of Bunge, or Harambee House. Msipojipanga, mtapangua mpaka mshangae! 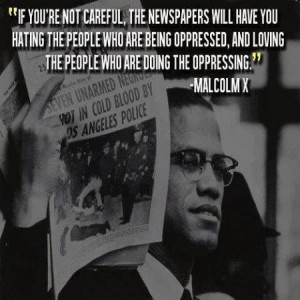