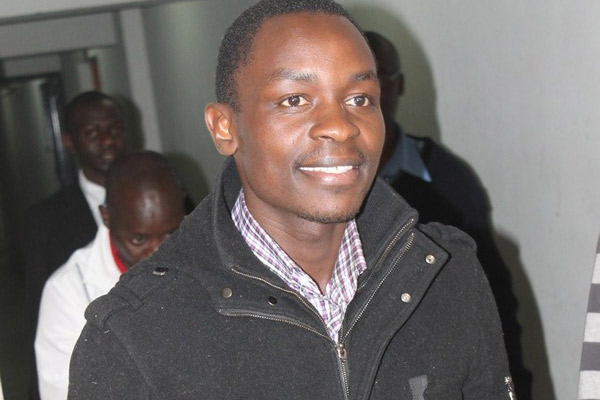 In the week that Disembe Dikembe, the ODM social media warrior, was arraigned in court for something he had written, two Swazi nationals, human rights lawyer Thulani Maseko and Bheki Makhubu, the editor of The Nation, a Swazi newspaper, were jailed for two years without the option of a fine for something written by the former and published by the latter.

Disembe was charged with posting a message, deemed to constitute hate speech, on a social media platform. Thulani and Makhubu, in custody since arrest in March, were convicted after a trial for contempt of court.

The background was that Chief Justice Michael Ramodibedi ordered the arrest of a government vehicle inspector who had impounded his official car and who was then charged before the Chief Justice, having been assaulted while in custody.

In a newspaper article, Thulani criticised the Chief Justice for acting as the complainant, prosecutor and judge in his own cause for which he was himself, with the editor, arrested and charged with contempt for annoying the Chief Justice.

Justice Ramodibedi, recently dismissed from the judiciary of his native Lesotho on disciplinary grounds, then removed a judge hearing the case who had granted the accused bail, which he cancelled himself, and assigned the case a different judge. Tried while in custody, the two have now been jailed without the option of a fine.

It is a quintessential show trial, one that enhances the well-earned title of a â€œjudicial monarchâ€, for Justice Ramodibedi.

Disembe is a true ODM cyber fighter, and an equal match for Moses Kuria and Denis Itumbi, the opposing warriors on the Jubilee side.

Kuriaâ€™s activities on social media have recently caused some consternation, for example, when he likened the opposition to Al-Shabaab, or when he wrote insulting messages about the Luo community.

Unlike Disembe, however, Kuria has not been charged in court but has gone on to clinch a nomination ticket in the Presidentâ€™s party for the forthcoming by-election in Gatundu.

Itumbiâ€™s efforts have since earned him, not scorn, but a high job in the presidency, with the title of Director of Digital, New Media and Diaspora.

He now has formal recognition at the highest level of power, and an official platform which makes his social media work a part of state policy. When, in September last year, human rights lawyer Maina Kiai alleged that â€œa well-known hate blogger employed at State Houseâ€ was behind threats to his family, this newspaper concluded that Maina was referring to Itumbi who, however, denied the allegation. The point is that this is the image that the media has formed about Itumbi.

These social media brawlers are not the only people whose expressions have drawn political reaction recently. In the build-up to the Saba Saba rally, a number of elected representatives, on both sides of the political divide, drew attention to themselves after strong utterances at public rallies.

Police appeared to consider these utterances to be hate speech but no charges were brought against any of the leaders. So why has Dikembe been singled out?

Two factors seem to be at play in the way Dikembe has been treated. First, he is writing on behalf of the opposition and not the government and, second, unlike the political leaders, he has no clout as would protect him from arrest.

It will be recalled that in 2010, former minister Chirau Mwakwere, an establishment stalwart, faced hate speech charges after remarks he had made at a political rally. The prosecution of his case, however, faced many hurdles, and was then withdrawn.

Kenyan law on hate speech dates back to 2008 and is a reaction to the post-election violence, which was caused in part by a groundswell of inflammatory campaigns on social media.

As conceived, the crime of hate speech was not something to be used in a one-sided manner as has been evident so far. Under the Jubilee Government, the hate speech legislation risks replacing the law of sedition, which was the one-party era tool for silencing political dissent.

The point of principle is that political dissent is part of the countryâ€™s entitlement of freedoms. It was wrong to stifle expression through sedition laws, and it will equally be wrong to start using hate speech laws in a manner that takes the place of sedition laws, which were repealed.

Underlying the social media wars are real life differences about how to live together as compatriots. Social media has taken the place of the resistance media, like Pambana, published underground, and which characterised the one party era, when the country was politically dysfunctional. Silencing dissent through the criminal law will not make the underlying problems go away.

From the dock, the Swazi lawyer, Thulani, dressed as a Zulu warrior complete with headgear, read a statement titled The failure of leadership in Swaziland, a defiant political lecture to the judge and to the entire world, pointing out that the essential problem in his country is not the high-handed Chief Justice who jails his critics himself. The essential problem, he said, is that leadership has failed and Swaziland needs political reforms.

In Kenya, jailing social media attack dogs is easy, even attractive. However, it is an escape from the essential, and far more difficult task — the task of political reforms, to create a society where people will not need to hide behind pseudonyms to say what they really feel.