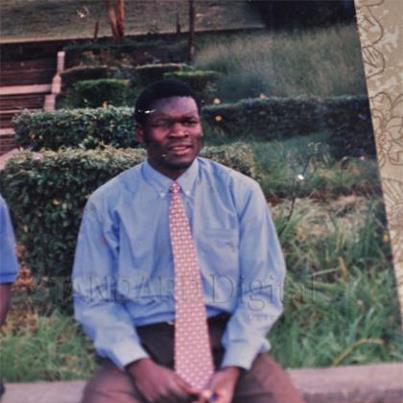 Unlike those that knew â€œKarl Marxâ€ (Christopher Owiro) inside out, I only met him once. I still recall that fateful night in October 2008 along Nairobiâ€™s poorly-lit University Way. A group of students was energetically marching towards Central Police Station to demand the release of their colleague arrested on allegations of slapping and indecently assaulting a City Askari. I joined the group and together we demanded to be addressed by the OCS. When the bulky OCS came out, every student freezed except Marx who was disturbingly blowing a metallic whistle and shouting â€œComradesâ€™ power.â€

The OCS ordered Marx to â€œshut upâ€ so he could address the studentsâ€™ concerns. Marx abandoned the whistling but combatively engaged the OCS in an argument that generated more heat than light. He insisted that the arrested student must be released and further claimed that he was present in the scene of the alleged crime. Marx even swore that the student did not slap the Askari, but it was the Askari who had moved his cheek towards the studentâ€™s hand. Immediately, tension filled the air as the charged students incessantly chanted â€œcomradesâ€™ power, comradesâ€™ power.â€ The OCS, feeling the density of the tension, had no option but to release our colleague unconditionally.

That night I learnt a lesson that forever shaped my approach to student politics. The lesson was simple and clear, that a student is always right unless proven otherwise. Where â€œotherwiseâ€ meant possession by any influential factors other than the Holy Spirit. I learnt that a student leader existed purposely to perpetuate studentsâ€™ rights and that he/she must represent the student by any means necessary.

My participation in student politics was therefore guided by a philosophy centered on the student and my loyalty to that philosophy was my only defense. This path led to severe confrontations with anything I considered unjust and anti-student. I confronted corrupt SONU officials, the incompetent university administration and the wicked police force. Like Marx, my suspension letters were numerous and could light a Jiko, my expulsion was horrific and the days I spent in filthy police cells still haunt me to date. Worse-still, the betrayals and counter-betrayals from some comrades marked the start of a painful process of death by frustration.

When I woke up on the morning of 3rd January 2013, I read the most shocking message that ever occupied my phone inbox. That Christopher Owiro had collapsed and died at his home in Kisumu on January 1st. My reaction was swift as I sought to clarify the truth in the message. Eventually, my worst fears were confirmed when the Fourth Estate officially conveyed the news to the public. Messages of condolences and praise streamed from all corners of the country into Nairobi Universityâ€™s official face book page-Comrades Forum. A great man had died and a great soul had left us. A man who loved the dreams of the future better than the history of the past; a man of the people had passed on.

It was evident from the posts I read that Marx was every inch a great man. A man of many talents, a learned man among leaders and a leader among learned men. A charismatic leader who pursued his principles without fear, favor, affection or ill-will. Marx will be missed by many who knew him and many who wished they knew him. However, very few will ever understand the frustrations that he faced. Frustrations from betrayals, unemployment and government impurities.

Now I know that â€œKarl Marxâ€ might have died severally before that 1st of January. Small â€˜deathsâ€™ that weaken your hope and emasculate your capacity to see things as they really are. â€˜Deathsâ€™ that kill your self esteem and force you to light an imaginary bonfire from the carcasses of unfulfilled dreams. â€˜Deathsâ€™ spearheaded by frustration and sponsored by addictions. I know those â€˜deathsâ€™ because I too have died severally before. The ultimate demise of Karl Marx somehow opened my eyes to the truth of the dictum that it is easier to stay out than get out. After all is said and done, I now clearly understand that life is ten percent what happens to you and ninety percent how you respond to it. My only prayer is that The Almighty will find a place big enough to accommodate the intellectual and political capabilities of Christopher Marx Owiro (R.I.P).