By Albert Nyakundi Amenya
The Jubilee sycophants are really meritorious. Initially, they extolled the Chinese and denounced the United States. Mesmerizingly, when Uhuru visited China, they never posted any photo of him and Chung Chong Chung or whatever they call the Chinese President.

Now that all African heads of states have been invited to the United States with Kenyaâ€™s included, they have picked the photos of the US president and Uhuru and flooded them in the social media, something they never did to their gods from the East.

The massive circulation of Kenyattaâ€™s photos at State House has helped me pick some telling lessons as follows:

1. These people (the Jubilee sycophants) have been living in denial by pretending that they love China than America

2. The same people respect and countenance the fact that America is in charge of the world

3. These people have been suffering in silence following their self disconnect from America

4. That they are proud of sharing the podium with a Luo (Obama) and that no matter how hard they try to pretend, their conscious cannot allow them.

One thing these people are forgetting is the fact that the same welcoming including the brief photo session of the US president, the first lady and the 50 African heads of States was accorded to every African head of State and not Uhuru Kenyatta only.

The Big question to them is; why didnâ€™t they express the same excitement when Kenyatta visited China? Where are the filthy bags of insults these people have been hurling to the US and her President? How come they have suddenly taken a V turn? Will we trust them again the next time they pretend to disregard and insult the United States? 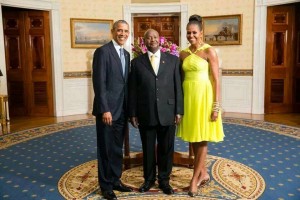