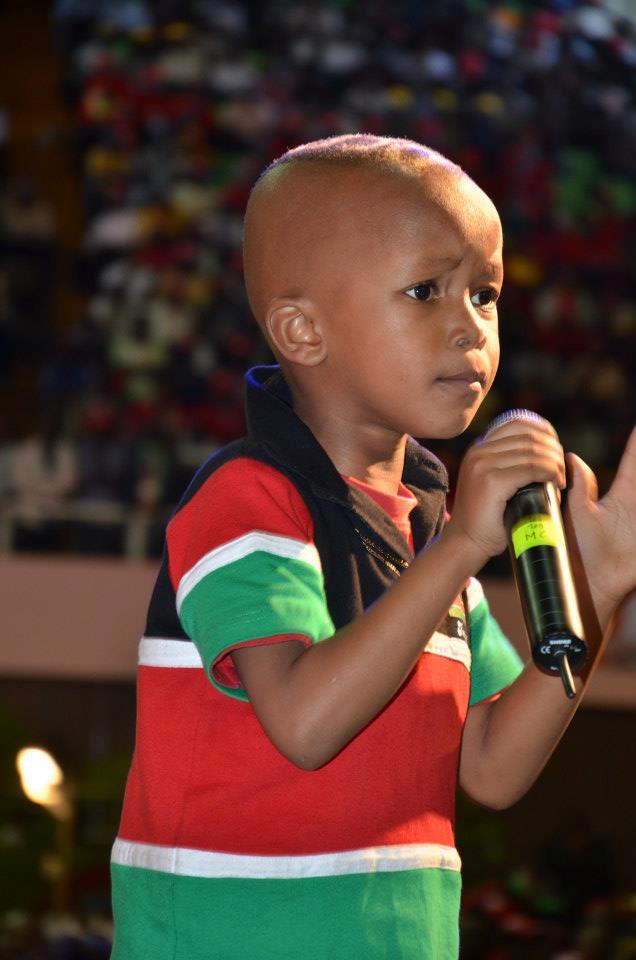 The Jubilee manifesto launch had child abuse as its most outstanding act.Â  Other than plagiarizing the CORD manifesto heavily, a small boy probably 4 years old was made to walk around the Kasarani gymnasium transporting a book for hours, to more than 50 people.

Its child abuse because he wasnâ€™t paid a single coin, just a few candies. Talk of taking advantage of a kid. Then you had â€œSonko kidsâ€ whom I pray were sober, and if they were not sober, I am praying that it was alcohol and not something else. I hope am wrong.

Itâ€™s infantile and wasteful to use a hummer, a fuel guzzler to transport a 70 page book in a time of peace to an event where not a single practical agenda was promised to the Kenyan people. By the way â€œhuko tulishatokaâ€, the Hummer donated by Don Bosco Gichana was Jakomâ€™s campaign flagship campaign car way back in 2007. Outdated idea.

Now to the Jubilee non-issues, National Security was such a miss. The co-dependent duo- itself a national security threat- is likely to create an unstable environment. Sometimes the government will be running under the direction of text messages, whose origin we wonâ€™t be able to authenticate.

A fugitive led government is a recipe for conmen, who could emerge, with Mwangi Â or Njoroge claiming to have visited UK or Ruto in jail, â€œwakasema tufanyeâ€ this or that. We call it noise in the grapevine in business communications.

In a sanctioned environment, finances would be limited, and like it or not, national security budgets would be massively slashed. CNN and Time Magazineâ€™s Fareed Zakaria in an essay presentation on Sundayâ€™s GPS, narrated how Zimbabwe has degenerated from â€œAfricaâ€™s bread basket, into a basket caseâ€.

And that some of the readers of this article should clap for themselves for they might be having more in their pockets than Zimbambwe has. This is because; itâ€™s a nation that due to sanctions, at 238%, has one of the highest debts to GDP ratios in the world. Â Compared to Zimbabwe, Kenya- whose debt to GDP ratio stands at 50%, would quadruple to more than 200%! A nation living beyond its means. A nation that even Uhuru wonâ€™t be willing to lend his own money.

Then you can tell me how the Jubilee manifesto isnâ€™t wishful thinking. Add to that the danger of Rutoâ€™s side of the loaf being in charge of Finance. Ruto has been in and out of court with corruption cases galore, the latest one being taking an innocent personâ€™s 100 acre piece of land in Eldoret.

Jubilee has no time for transparent folks like Mbaru. Thatâ€™s why their Uwazi or Openness pillar is a pipedream. Questionable characters like Sonko,Â  Waititu and Kabogo took prominent positions at the launch.

Ruto also made his wealth during his stint at the Youth of Kanu â€™92 whose leadership was associated with distributing illegally printed money. Rutonomics is a part of the manifesto presented at Kasarani, which would obviously bring Kenya to its knees. You canâ€™t trust Ruto with money!

Uhuru also tried to duck the issue of land, only succinctly and casually claiming that his familyâ€™s land was acquired through a willing buyer willing seller basis.

The Mau mau are in a London court in pursuit of justice denied unto them in the 60s. The British before leaving arranged for how the Maumau would be compensated through land allocations, but which Kenyatta never implemented. Thatâ€™s the land Uhuru was talking about at the Kasarani.Â  His inheritance.

It will haunt him forever. The cries and rivers of tears of the children of Mau mau, who have been disenfranchised, will haunt Uhuru forever. The answers to Uhuruâ€™s ICC predicament lay in Karma- the theosophy of the chickens coming home to roost.

The spirits of the Maumau who died in theatre coming back to reclaim their childrenâ€™s land. Â Right in our lifetime, itâ€™s a lesson to the corrupt, who amass the world unto themselves that itâ€™s your children who will pay dearly for it. Thatâ€™s how the â€œspirit or shetani fulaniâ€ world operates.

That is why if Uhuru hands back his land today, he would be surprised how fast his case would be dismissed at The Hague. But as has been Uhuruâ€™s worldly mantra, â€œhe would rather keep his worldly possessions than gain his freedomâ€. Donâ€™t give us that â€œit was my dadâ€ because, as a 33 years above 18, you have control over your inheritance. You can sign it away to the downtrodden.

Actually, Uhuru claimed its Jimmy who hasnâ€™t addressed land issues. To the contrary Jimmy is waiting for the paperwork from Uhuru so he can redistribute the â€œ9th provinceâ€ to the poor, landless, and the disenfranchised children of the Mau Mau veterans.

Itâ€™s Uhuru who hasnâ€™t done his part. So many lawyers would be willing to assist Uhuru to do that for free because they are all ethically duty-bound to seize every opportunity to combat injustice.