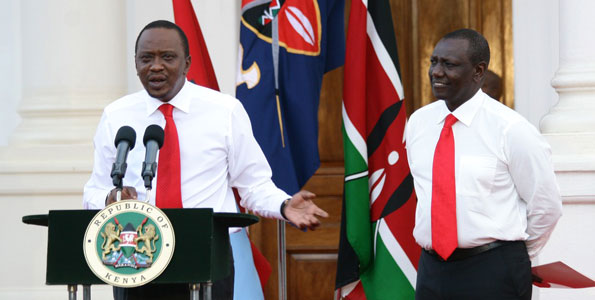 Jim Bonnie
As a good citizen, I still keep the two booklets that are the manifestos of Cord and jubilee. While the two are manifestos, they are world apart. Donâ€™t ask me why I still have that jubilee manifesto. I have my reasons.

Cordâ€™s manifesto is well moderated and spelt out. It is easy to understand and relate to Kenya as an African country. It takes into account basic things that ought to be done to make Kenya a middle level economy. Thatâ€™s OK. Of great contrast is the jubilee manifesto. It looks like an academic paper meant for ideal world. If you arenâ€™t informed that it was a jubilee manifesto, you would be forgiven to think it was a policy document meant for expansion of a city like London or Amsterdam.

I have come to understand that the voluptuous pamphlet was used to dupe Kenyans. For example, in many homesteads, parents have had to openly tell their kids that the president is a liar. Of course, he lied to the nation. With the wrangles and fraud associated with the laptop project, it is hard to tell whether the toy laptops will ever reach schools.

The electric train is not even talked about. Even the drafters dread visiting that matter. You know, when you lie to the masses, you become a slave of your own promises. You disgracefully adopt the politics of ostrich. Regrettably, it becomes a calamity when you have a big head that canâ€™t be sunken into the sand. That is the situation jubilee is in now. With the storm surrounding their rise to power; they are torn between delivering on their promises and clarifying to Kenyans that they truly won the election. Itâ€™s lucid the criminal duo have laid down a propaganda platform for 2017. While in 2013 they blossomed on a lie accusing Raila of their miseries at the ICC, this time they will blame the same man for their scandalous performance.

Jubilee signed a treaty with Kenyans. Two years down the line, it is difficult to convince any average Kenyan that in the coming three years, the coalition will execute its pledges. Only desperate flatterers, hungers on and Uhuru groupies still have blind hope. The ills committed by jubilee government in its short stint in power are worrying even their most ardent supporters. Most of them canâ€™t manage engaging in a constructive debate without shamefully displaying vitriol. It is a form of defense particularly when you lack facts. It has become very difficult for Kenyans to move on after â€œacceptingâ€ the resounding â€œdefeatâ€ by jubilee in the last election.

In summary, this regime corroborates everything evil â€“ believe you me. Itâ€™s becoming clear to Kenyans that the best this government can do is to blame its predecessors and opponents. They began this trend prior to the last election. I assure you they will continue on the same track. It runs in their veins.

Kenyans having experienced difficult times with this regime must make up their mind and demand for real leadership. At this rate, jubilee will start blaming the opposition for the woes in their families just to legitimize them. It would therefore do no harm if I grade jubilee as an outfit of serial liars. They have internalized lying to an upsetting level. The truth is few leaders have survived on this raised platform. Jim Bonnie comments on topical issues